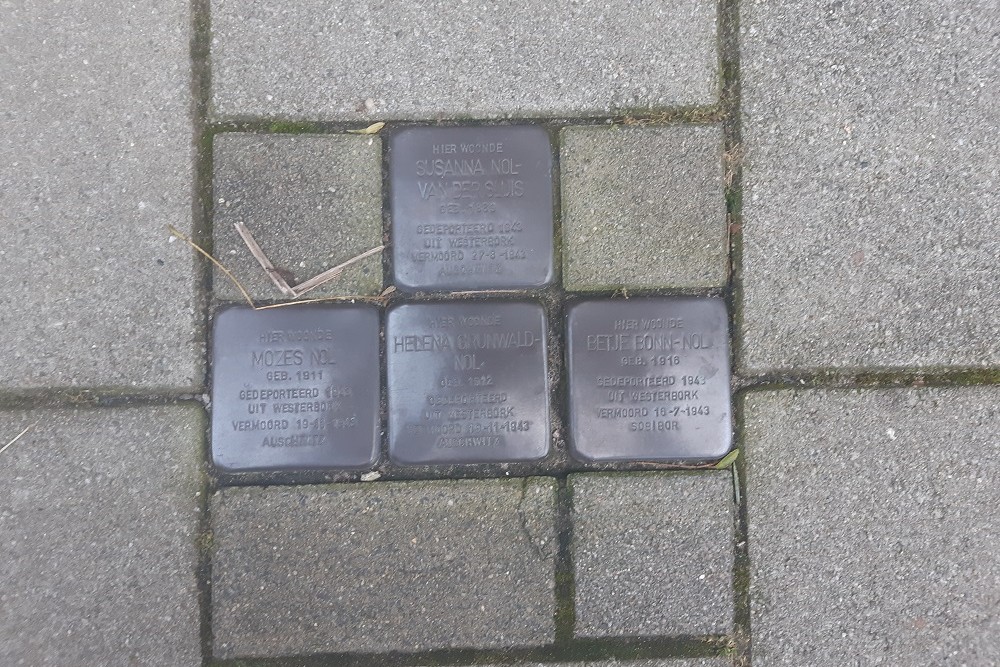 Here at the address Linnaeusparkweg 79hs in Amsterdam, 4 Stolpersteine are placed near the former house of victims that died in World War II.
The victims are:
Betje Bonn-Nol
Suzanna Nol-van der Sluis
Mozes Nol
Helena Grünwald-Nol