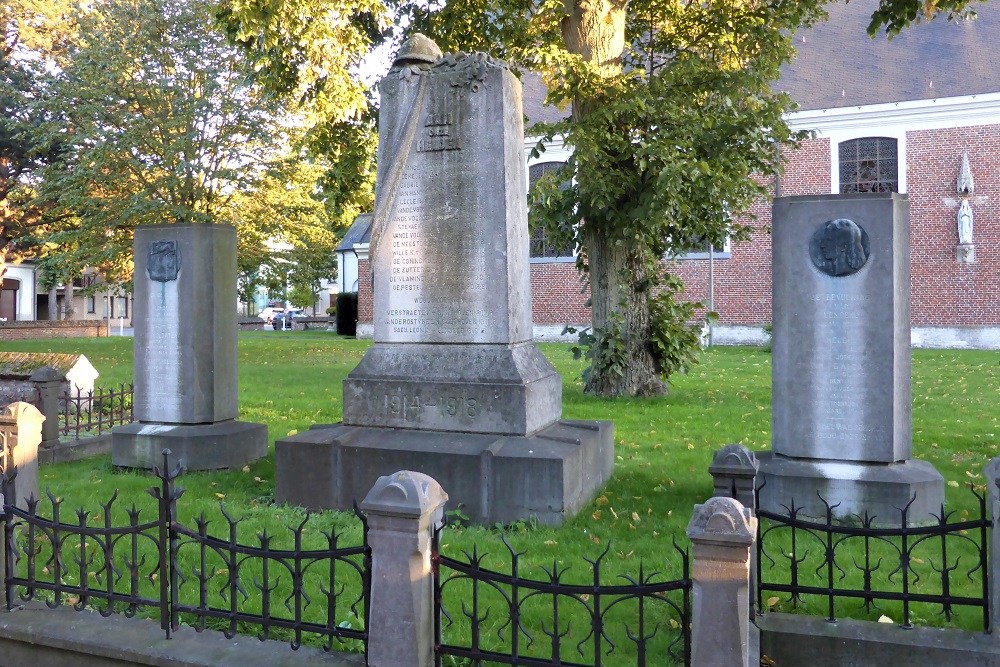 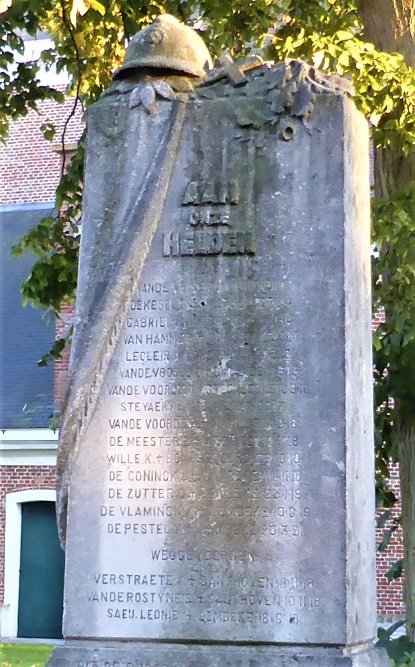 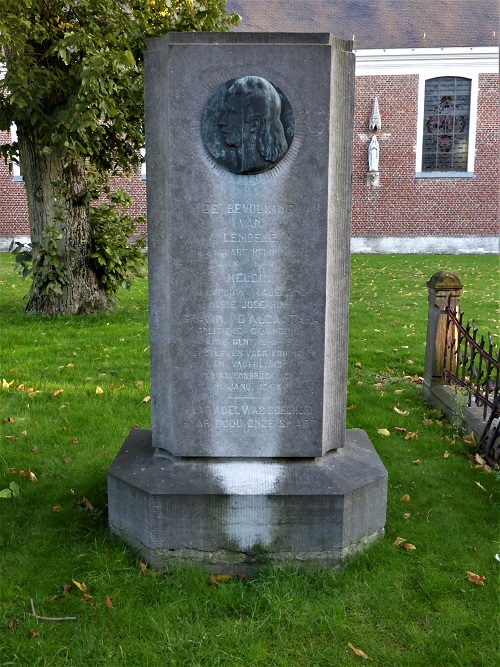 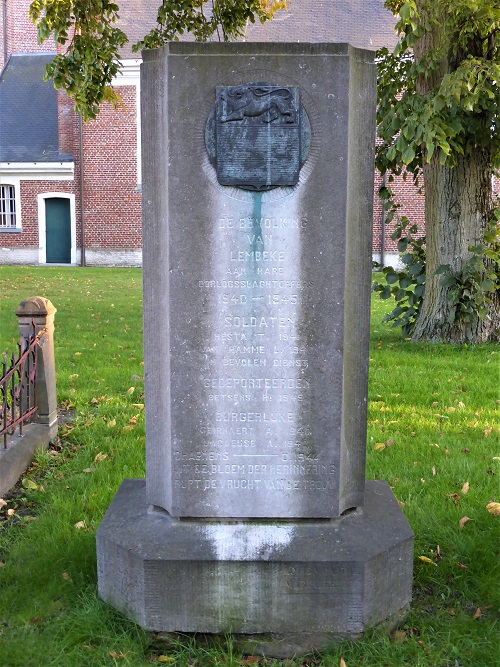 The war memorial for the First World War dates from 1922.
In 1947-48 the monument was supplemented with two smaller memorial stones on either side of the existing monument.

The central column is surmounted by a soldier's helmet with a cross and a crown of flowers on a flag draped over the column. The front of the column bears the inscription "To our heroes" with the names of the fallen soldiers and the captives and on the plinth "1914-1918".
The commemorative stone on the left bears on the front the bronze coat of arms of the municipality and the inscription "The population of Lembeke to its war victims 1940-1945" and mentions the names of the fallen soldiers, deportees and civilian war victims from 1940-45.
The memorial stone on the right contains a bronze portrait medallion (signed Jean Canneel) and a text commemorating Madeleine Madeleine M.J. Countess d'Alcantara died in Ravensbrück.

Chapel of Consolation and Peace and Lourdes Grotto Kaprijke - Kaprijke