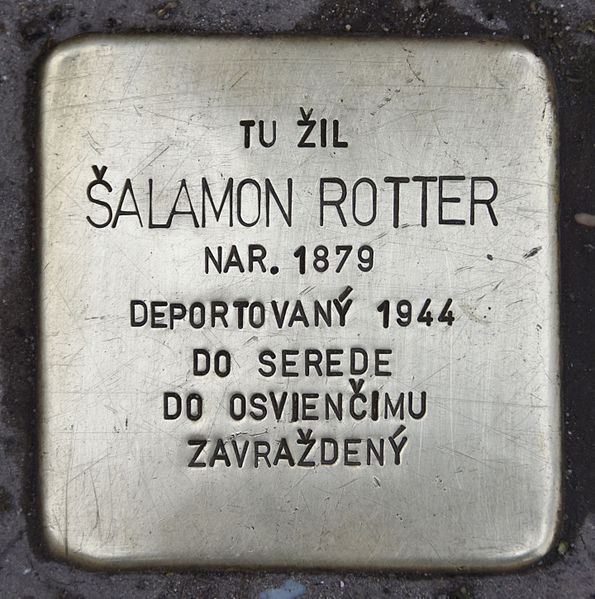 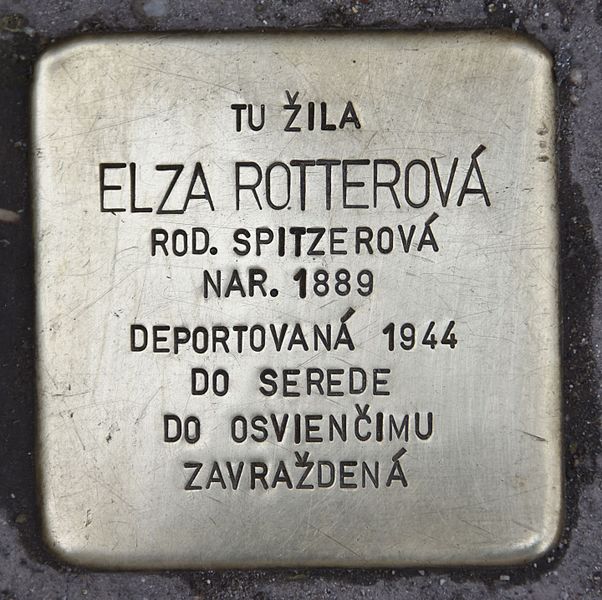 These memorial stones (so called Stolpersteine or stumbling blocks) commemorate:
alomon Rotter
Elza Rotterová
, persecuted or murdered by the Nazis.