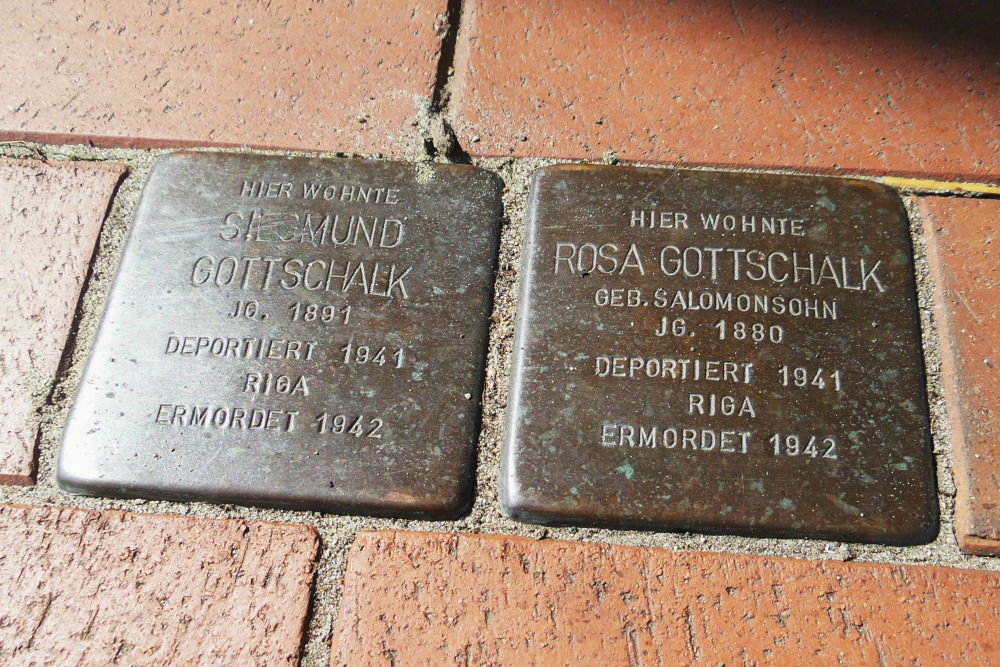 Siegmund Gottschalk and his wife Rosa lost their home on Hauptstraße 5 when his cattle trading business failed in 1937 because of the anti-Jewish measures of the Nazis. They were taken in by neighbors Josef Bruns and his daughter Klara, who gave them space in their own small house. On Kristallnacht in November 1938, the Bruns house was damaged because of the Jewish couple living there. The SA (Sturmabteilung = Nazi paramilitary) men demanded Siegmund get dressed in such a hurry that he was still barefoot when they took him into so called "protective custody." He was released two weeks later. The Bruns continued to provide the Gottschalks space in their house in spite of being harrassed by Nazi sympathizers for doing so. In December 1941, Siegmund and Rosa were arrested and deported to Riga. They were murdered some time in 1942.

A stolperstein for a relative of theirs, Meta Gottschalk, is at Gartenstraße 16 in Heek.

Hermann Löhring and students at the Anne-Frank Realschule created a 100-page document about the Gottschalks and the times they lived in: "Uroma, wer waren die Gottschalks? Fragen nach einer jüdischen Familie aus Nienborg." Great-grandmother, who were the Gottschalks? Questions about a Jewish family from Nienborg.")

A plaque commemorating the Bruns actions is at the site of their house on Hauptstraße 23..