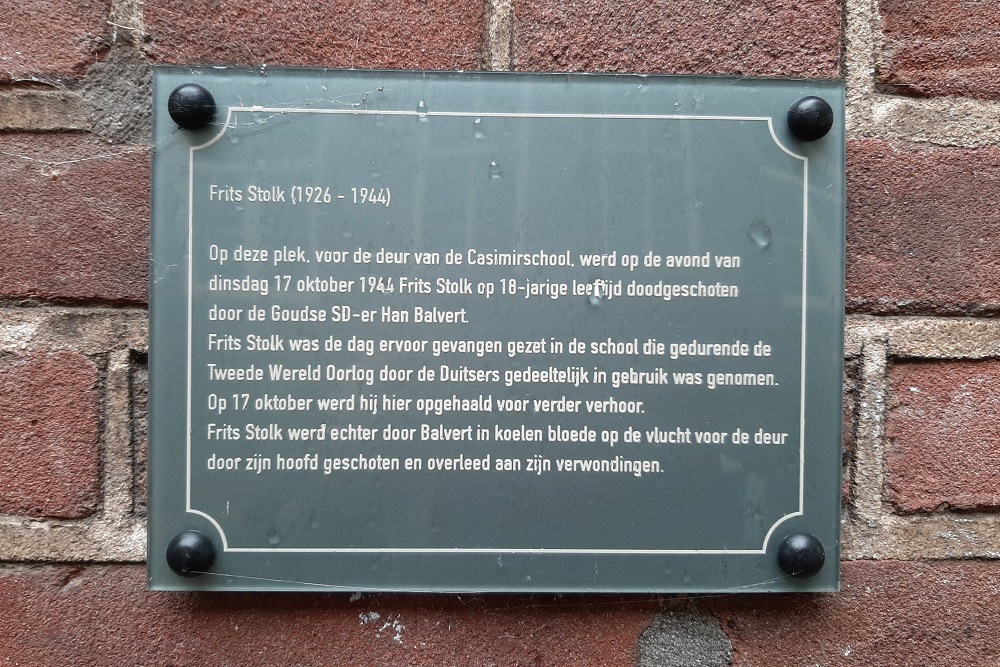 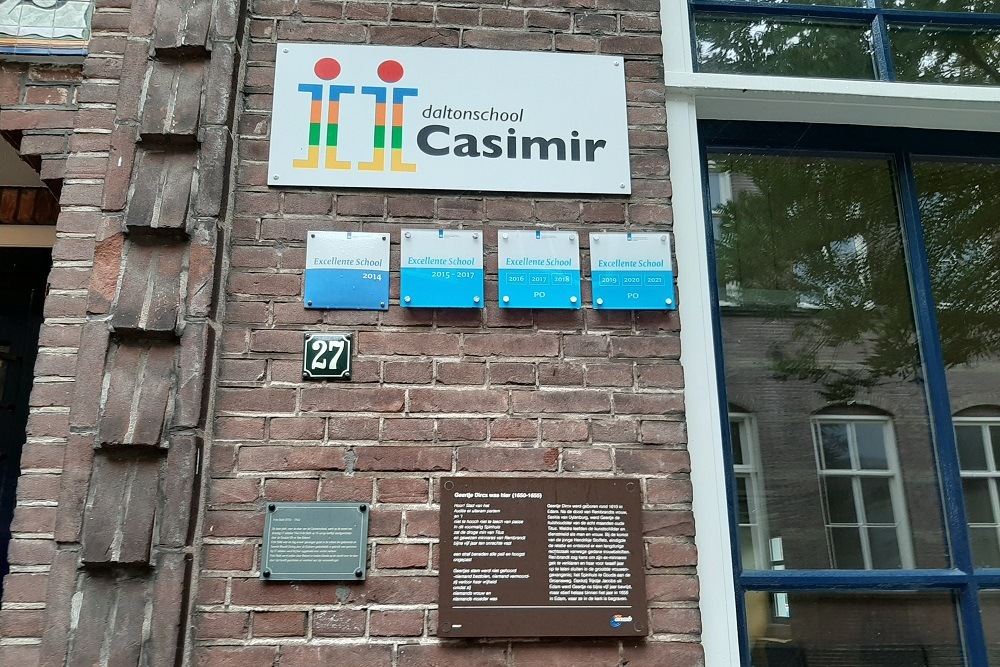 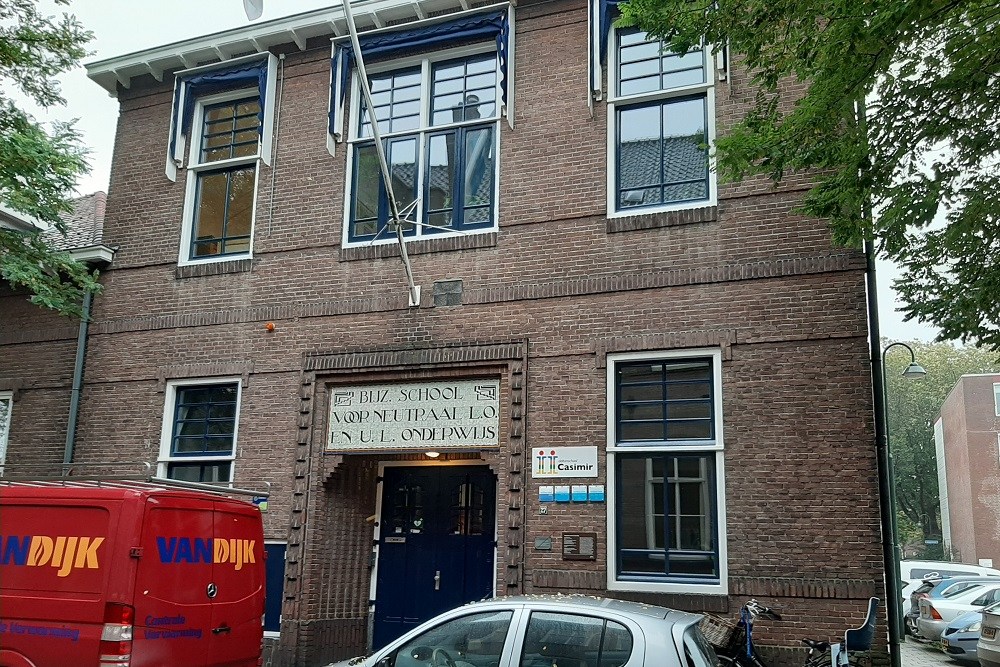 Frits Stolk was killed by a gun shot from S.D.-er Han Balvert.
The day before, Frits Stolk was arrested by Han Balvert for unclear reasons in the vicinity of the Achterwillens.
Frits is taken by Han Balvert to the Sicherheitsdienst at the Ridder van Catsweg where he is interrogated for hours and is then transferred to the Casimir school at Groeneweg 27.
This school was then partly taken into use by the Waffen-SS and Frits Stolk was locked up here.
The next evening Han Balvert returns to the school with another SD'er to pick up Frits Stolk. It is not known why, but reports clearly show that Han Balvert had the preconceived intention to liquidate Frits.
Han Balvert enters the school while the other SD waits in the car and then Frits comes out first, followed by Balvert. Then a shot sounds and Frits remains mortally wounded in front of the door and the car with Han Balvert and the other S.D.-er leaves.
At nine the same evening Han Balvert informs the police station on the Markt that there is an SD arrested on the sidewalk in front of the Casimir school, who was allegedly shot while fleeing.
Frits Stolk is taken to hospital, where he dies the next morning and is buried in the old cemetery on Vorstmanstraat in an unnamed grave.