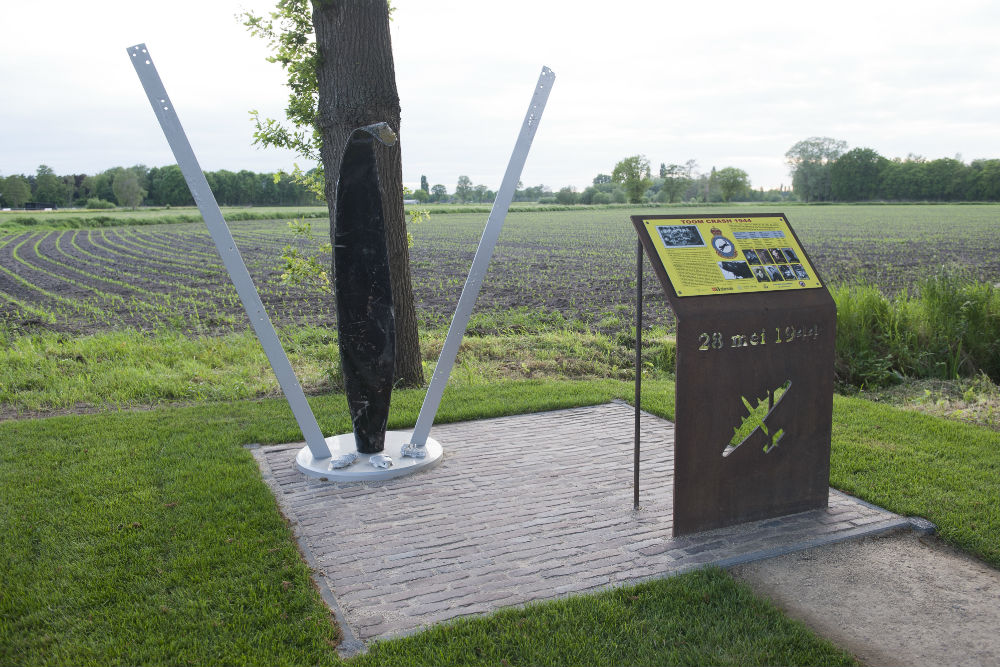 Memorial to commemorate the crew of the LK 811 QO-N which crashed here on May 28, 1944. 4 crew members where killed, of which 3 weren't found back.

Another reason is that the location of the monument along this busy and cycled route is a lasting reminder that Peace cannot be taken for granted and we should be aware of this. Many older but also younger passers-by will therefore read the text board and unravel the symbolism of the monument and thus become aware of it.

The design
In December 2016, Wim Ogier and René Vos devised and developed a design. The monument is equipped with 2 support beams and a propeller. Both support beams are original and from the aircraft (Halifax LK 811). The supporting beams were salvaged by the Vermeulen family, who lived nearby at the time. First a farmer's cart was made of this. The Halifax's struts symbolize the V of Freedom.

A propeller has been placed centrally in this as a sign with which this freedom has been obtained. Loose parts found were also placed in the vicinity of the crash. In this way, these parts also remain connected to the crash location.

The information board (to the right of the image) explains the crash site, mission and crew members. The information board also features photos of the Halifax LK 811 QO-N, shortly before her crash. A photo has also been included which was taken a few days after the crash. Many children and interested parties search the wreck for useful parts.