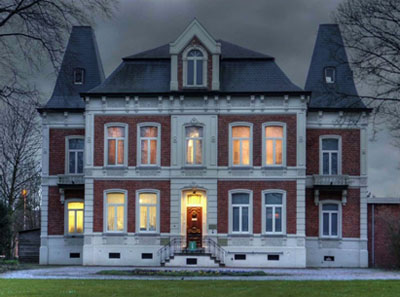 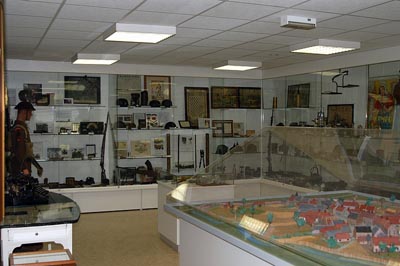 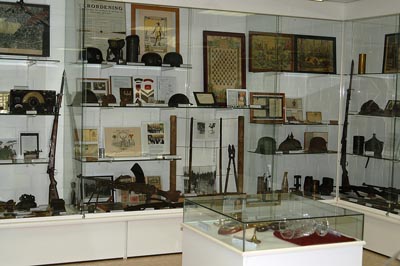 The museum has been established in the Simonshuis, which once was the head quarters of General Dempsey, the commander of the 2nd British Army during Operation Market Garden.

The showcases about the Second World War contain unique documents, photographs and equipment used during the commando attack across the canal in Sint-Huibrechts-Lille by the Lincolnshire Regiment and the Ulster Rifles participating in Operation Market Garden. This attack was followed by the dislodging of the Waffen-SS troops by the East Yorkshires. Consecutively this led to the liberation of Hamont by the Suffolk Regiment and the liberation of Achel by the Kings Own Scottish Borderers.

During the war three bombers crashed in Hamont and Achel (Stirling EF366, Lancaster ED488 and Wellington N2849). Remains thereof are being kept in museum, amongst which the original radio receiver from the Stirling.
Regularly the museum is being visited by relatives of these crews and they often carry personal souvenirs with them.

Also the First World War is being covered extensively, amongst other things there are remains of the so called death thread which was the electrically charged obstruction barricading Belgium from the neutral Netherlands.

There are also a number of pike helmets which have been found after the big explosion in 1918 of the ammunition and lazaret train near the railway station of Hamont.
The total of the regional history is being treated, from the big bang, through the stone age and the Romans to the Middle Ages, the Napoleonic era and both world wars.