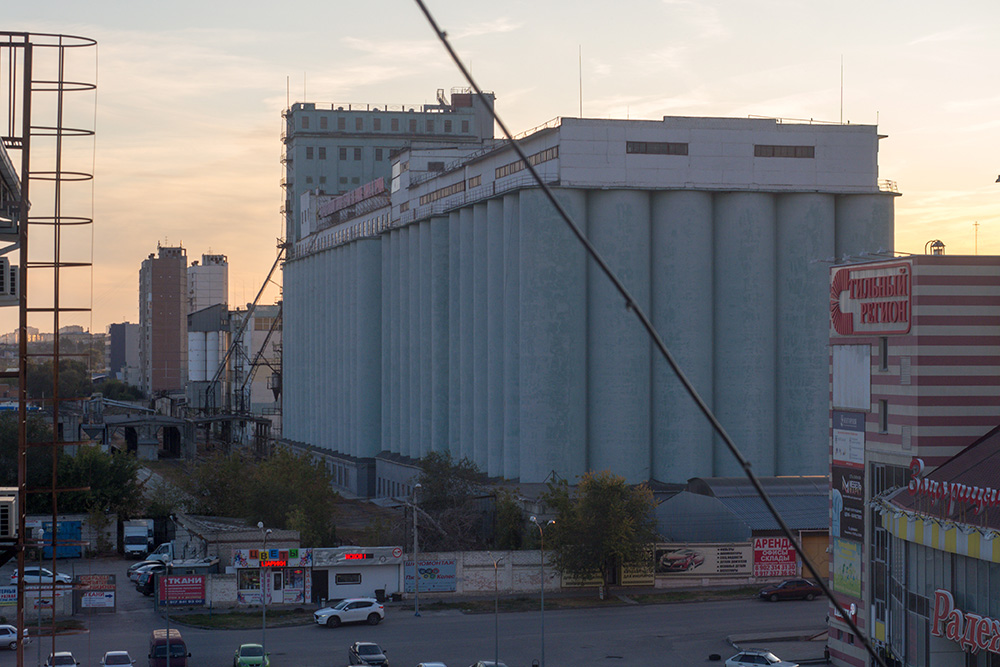 This grain lift was scene of fierce close-quarter combat between 17 and 22 September 1942. Each floor and each room was turned into a strongpoint, which the Germans had to face. The grain lift was eventually taken by the Germans.

The grain lift today:
The complex is not accessible. However, there is a memorial to the seamen and marines who defended it. The following words can be read on top of the building:

"Soldier city and hero city on the breach of the world and labour."

There is also a plaque, which is attached to the white wall behind the marine memorial and reads:

"In the days of the battle of Stalingrad, this grain lift was scene of heavy fighting against the fascist aggresor. Decisive and brave, here fought seamen, marines and artillery personel of the 35th and 36th Guards Rifle Division, the 10th Independent Rifle and the 154th Marine Brigade, the 271th Regiment, the 10th NKVD-rifle Division and the 502th Hunter-Anti-Tank Regiment.
The Northern Sea-seaman of the 92th and Siberian troops of the 42th Independent Rifle Brigades showed at this place extraordinarily persistence, steadfastness and massal heroism."