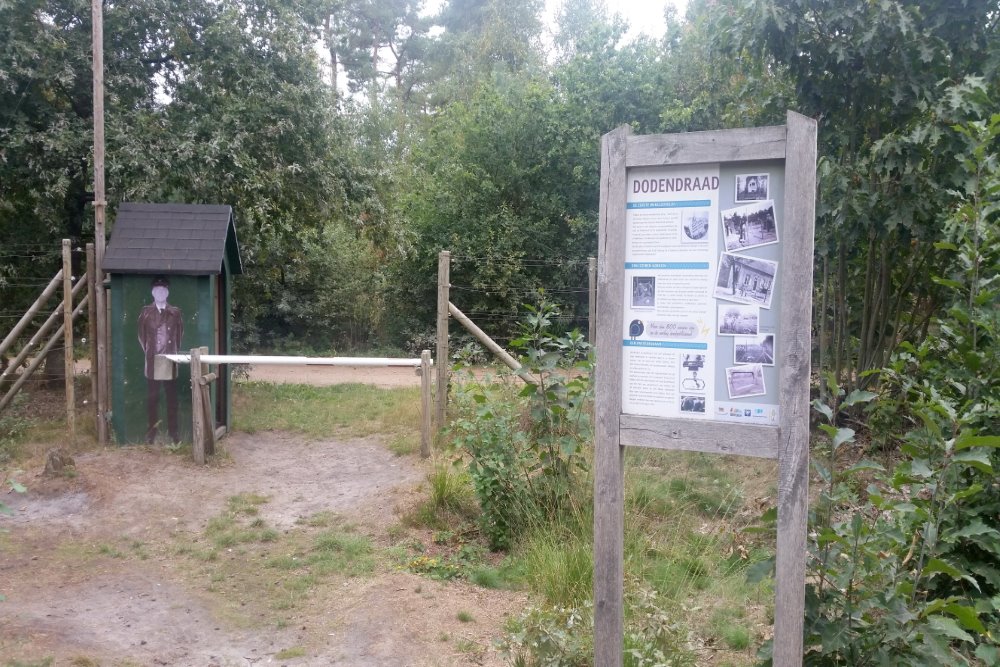 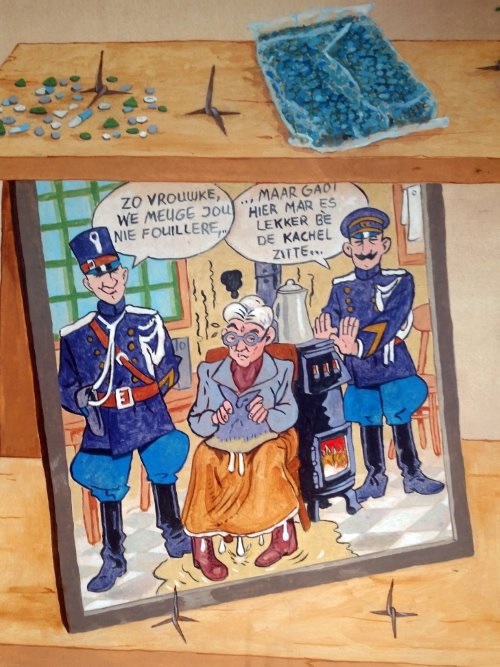 The Death Wire Route is a 38 km cycle route. along remarkable places from WW1 history.

At Bergeijk, the reconstruction of the Death Wire has been plotted since March 15, 2014, about the sharing of interesting stories about smuggling at the border during the First World War.
The Death Wire is located on Dutch territory, which gives the impression that the Death Wire was also in the Netherlands during WW1. That was not the case: the death wire was set up by the German occupier and was always on Belgian soil! The death wire was not even on the other side of the road, but about seven kilometers further along the Turnhout-Dessel canal.
The national border was erroneously visualized by the installation of a Dutch customs post with a barrier at the death wire. That gives a totally wrong picture and it also reinforces the aforementioned error. It was not the Dutch who decided who was allowed to pass the wire, but the Germans. The death wire does not include a barrier but a sturdy gate.
Visitors are misled by the portrait of a uniformed Dutchman against the sentry house.
The sentry house is improvised, the materials used were not even known during WW1.
The crow's foot in the sentry house is a valuable detail, but dates from a later period.
The wrong type of insulators have also been used, they are the same insulators as in Arnhem, they are longer than the original ones.
These insulators are on the wrong side of the posts. They must point towards Belgium so that the Germans could carry out repair works.
The feed-through line for the electricity is completely missing, but the parallel running protective wires are there, but they are far too close to the electrical barrier. Normally there is a two to three meter spacing, here less than half a meter.
The outer barriers have six protective wires one above the other, three or four wires would have been sufficient, and then barbed wire.
A passing window is attached between the power wires. The first location in the reconstruction in Bergeijk is where this happened.

There is an information board with the reconstruction, no mention is made of the original location of the death wire.
The reconstruction is located along a busy cycle path and can also be reached by car.