Tomb of the Known Soldier 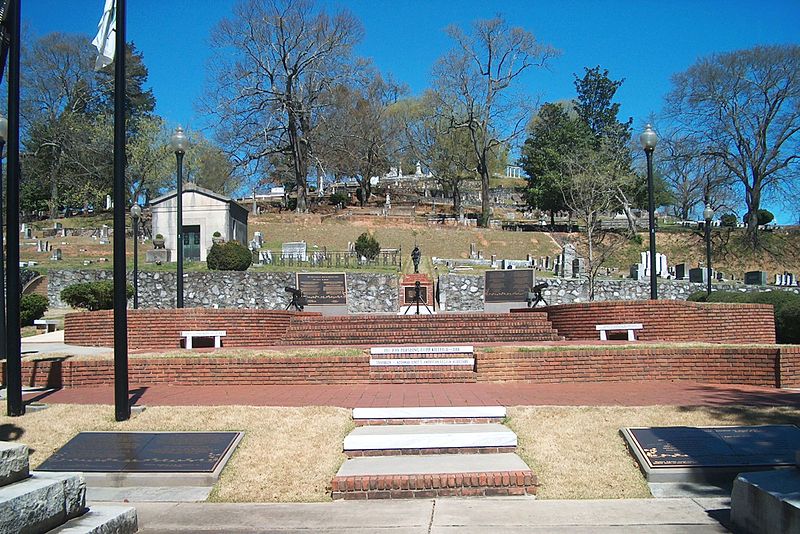 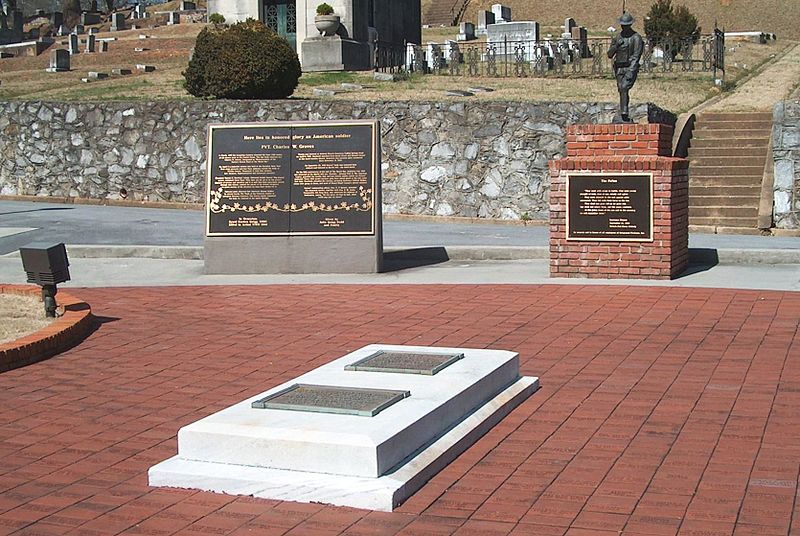 This the grave of Private Charles W. Graves who was killed on 5 October 1918.

After World War I, the U.S. Government had the idea of creating Unknown Soldier and Known Soldier in Arlington Cemetery to honor World War I soldiers. Private Graves was chosen for America's Known Soldier by a blindfolded sailor who picked Graves' name from American soldier remains list, but his mother objected to his burial at Arlington. His mother buried Graves in the cemetery near Antioch Church on 6 April 1922. On 22 September 1923, Romans decided to relocate Private Graves' body from Antioch Cemetery to Myrtle Hill Cemetery as America's Known Soldier after his mother's death and his brother's agreement. Private Graves was buried in Myrtle Hill Cemetery, a third and final time.