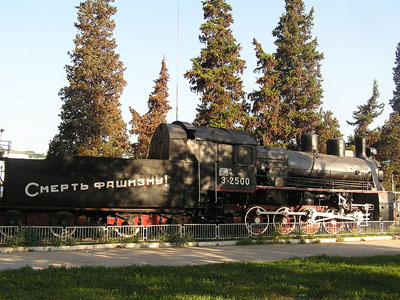 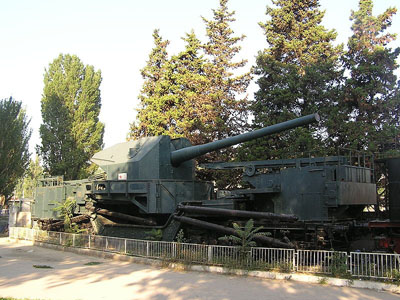 This Russian armoured train stands near the central station of Sevastopol. The "Zheleznyakov" played an important role in the defence of Sevastopol during the German siege of 1941-1942. The Germans knew the train as "Green Spirit" because it's lethalness and it's stealth actions until it was finally disabled on 27 June 1942 by German bombers. The German army reused the train until 1944, when they blew it up. "Zheleznyakov" was restored after the war.