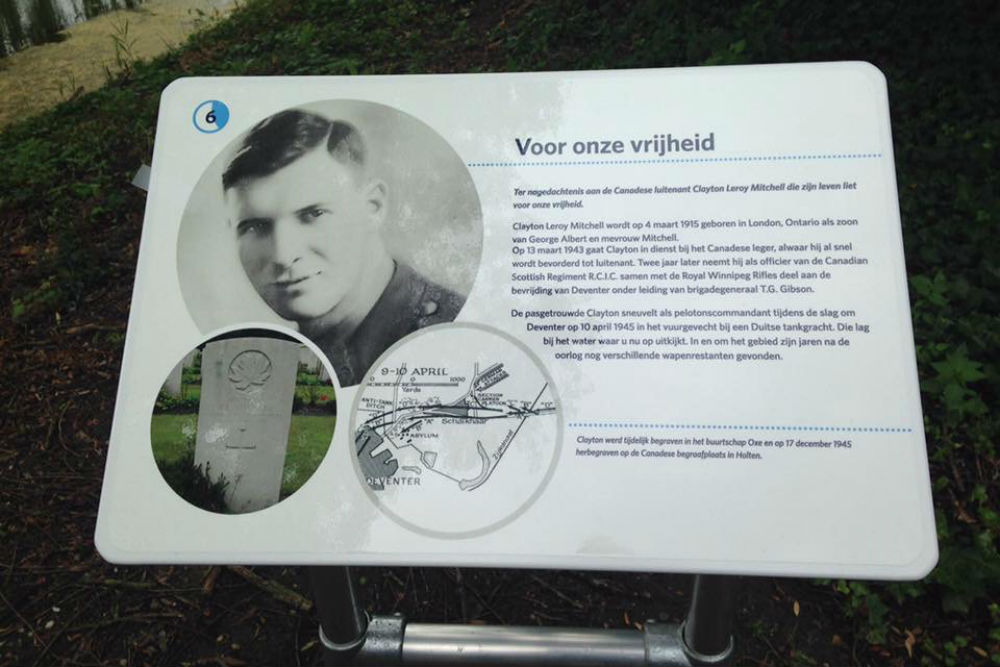 He was married on August 18 1944 here with Helen Ruth Hadden. His wife was pregnant when Clayton went to Europe and she got a son called Clayton Leroy in 1945 and he died in 1947.
His profession was a railway employee and religion the Anglican Church.

He was trained with the National Reserve of the Midddlesex and Huron regiment from 1930-1940.He enlisted as a volunteer on March 13 1943 the Canadian Army first in the Perth regiment and was promoted as a lieutenant on July 17 1943.

He disembarked later on the UK on January 1945 to the North West Europe and was taken on strength on February 22 1945 in the 1st Bn Canadian Scottish Regiment. He was killed in action as the platoon commander of the B coy during the battle of Deventer on April 10 1945 while crossing a German tank ditch at the area of the asylum de Brinkgreven. He was temporarily buried in Oxe and reburied on December 17 1945 at the Canadian cemetery in Holten in grave 1-B-7.