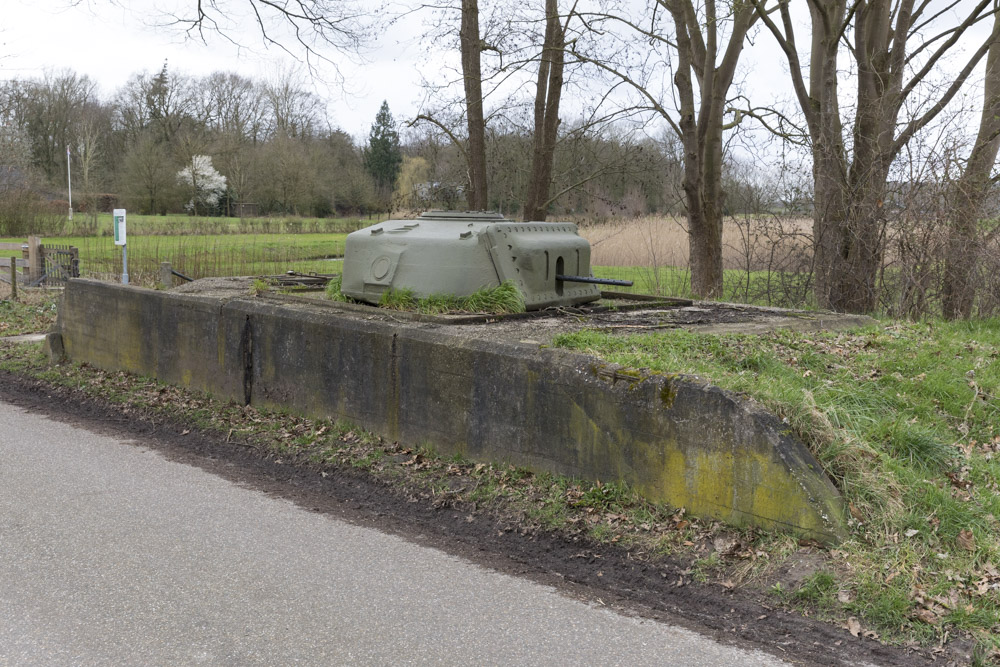 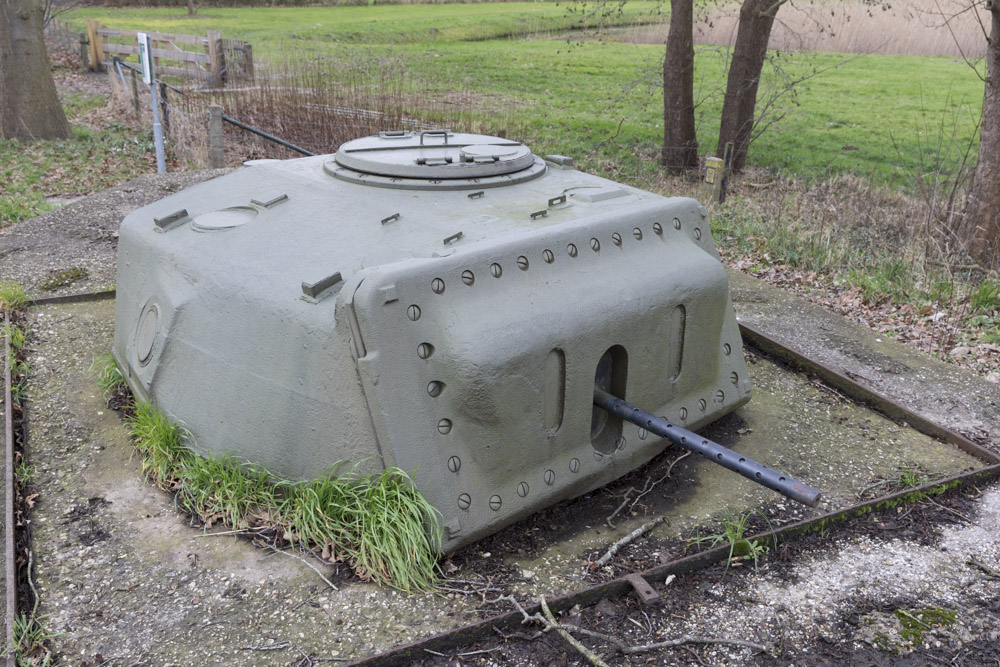 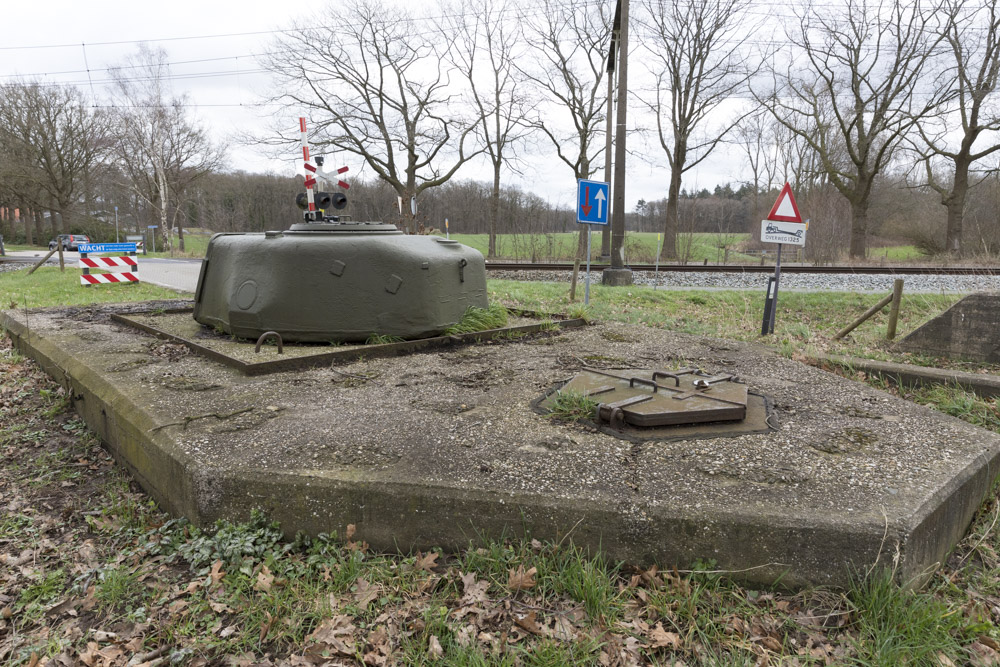 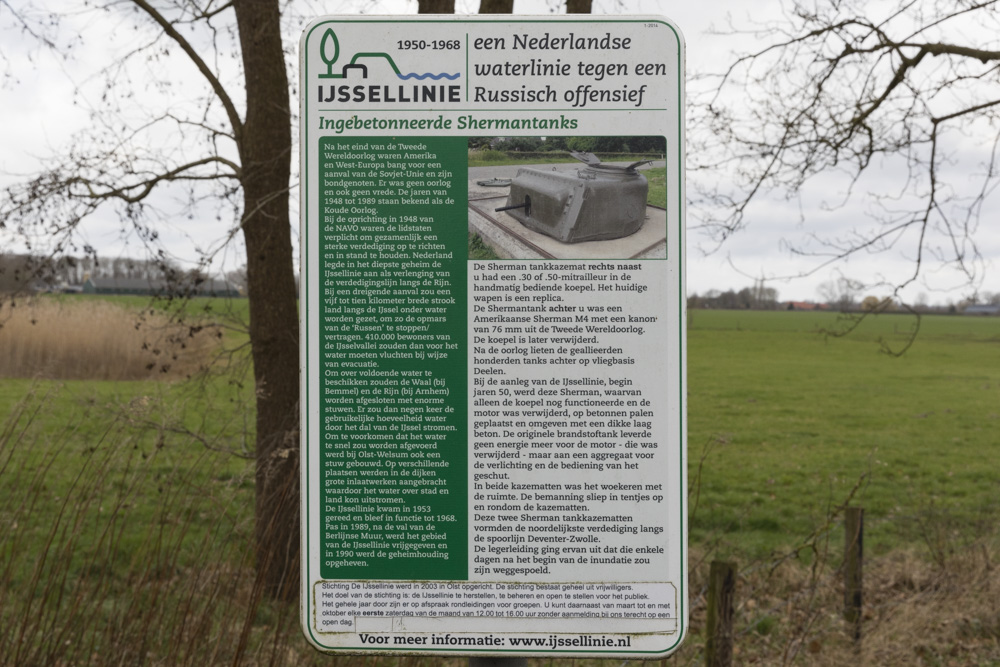 This turret from a Canadian Tank Cruiser Ram Mk II (late model) that was used during the liberation of the Netherlands. The turret is is part of the IJssel-line, a Dutch post-war system consisting of fortifications and static turrets to defend the Netherlands against a possible communist invasion. 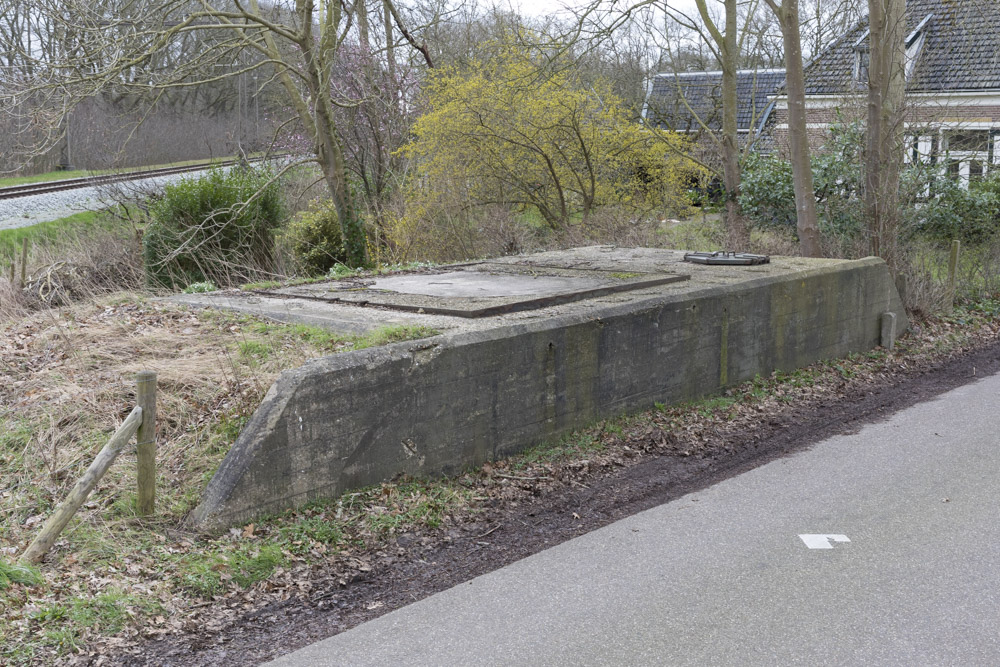