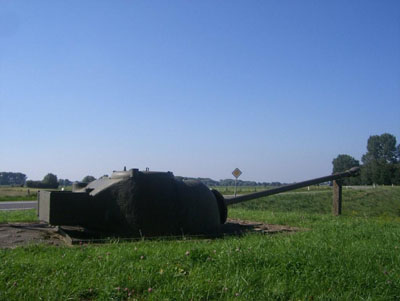 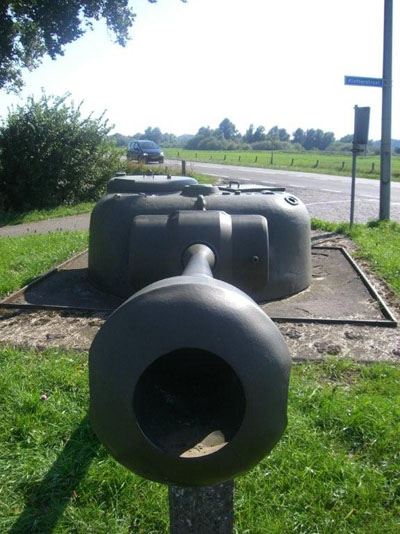 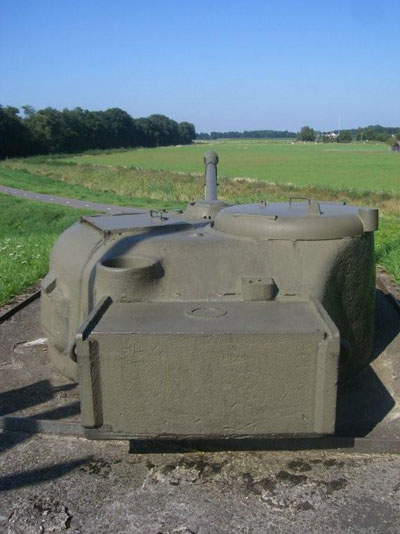 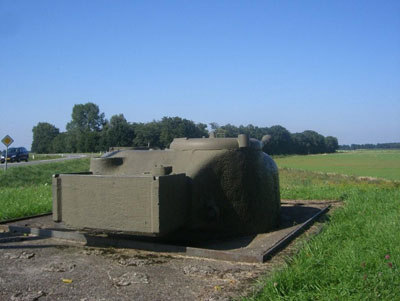 This turret is from a Sherman tank that was used during the liberation of the Netherlands. After the war, many Sherman turrets were used as artillery in bunkers that were part of the IJsselline, a defense line that was active till the German entry to the NATO in the Cold War.

The course of the turret is not original, but was restored after the war. The bunker is located at the intersection of the Rijksstraatweg with Kletterstraat in Olst.