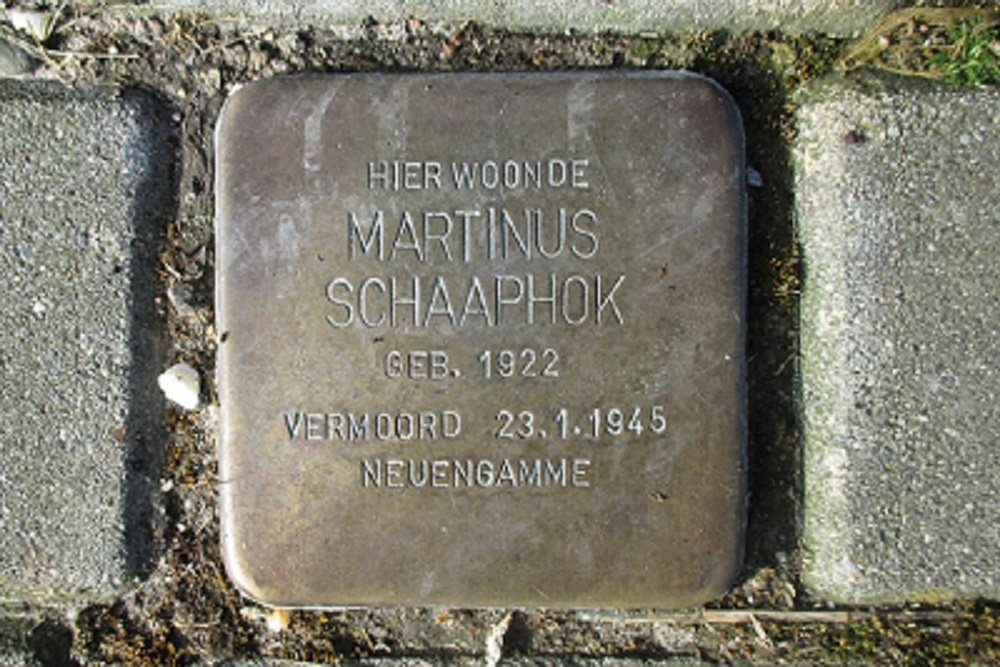 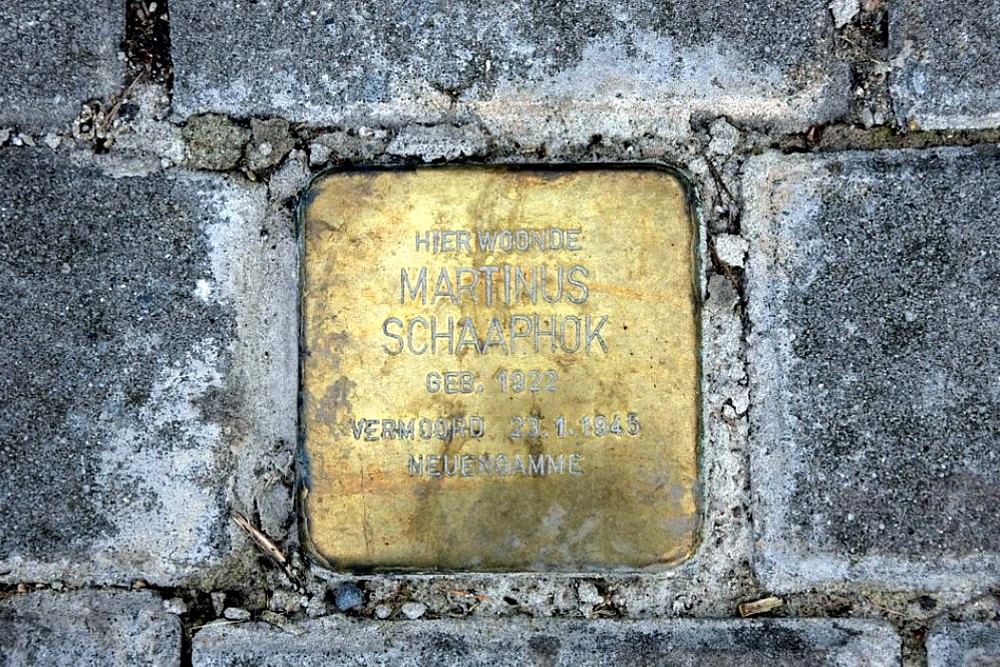 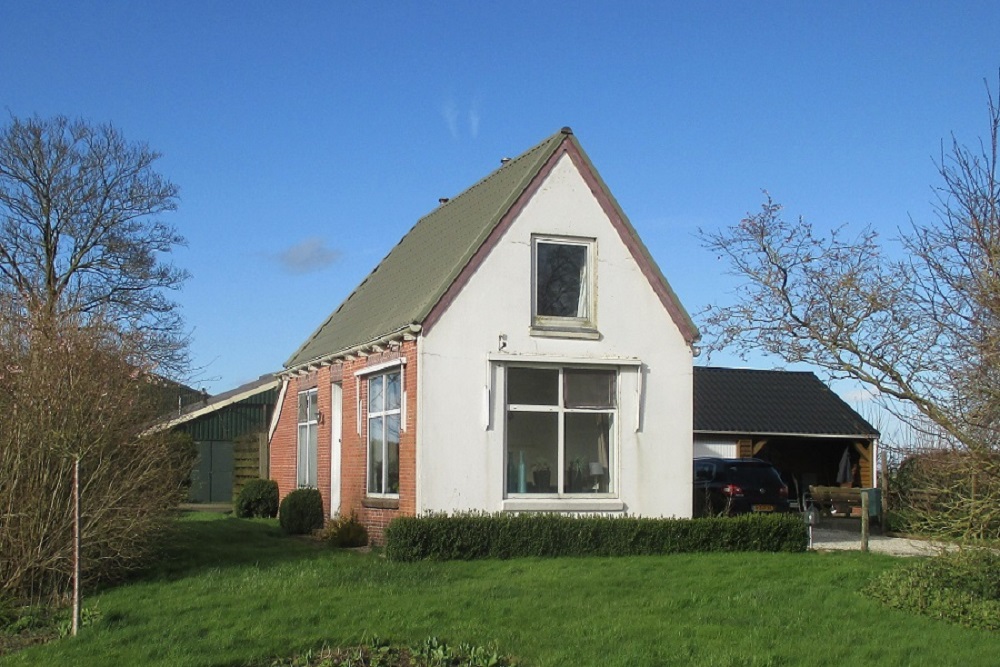 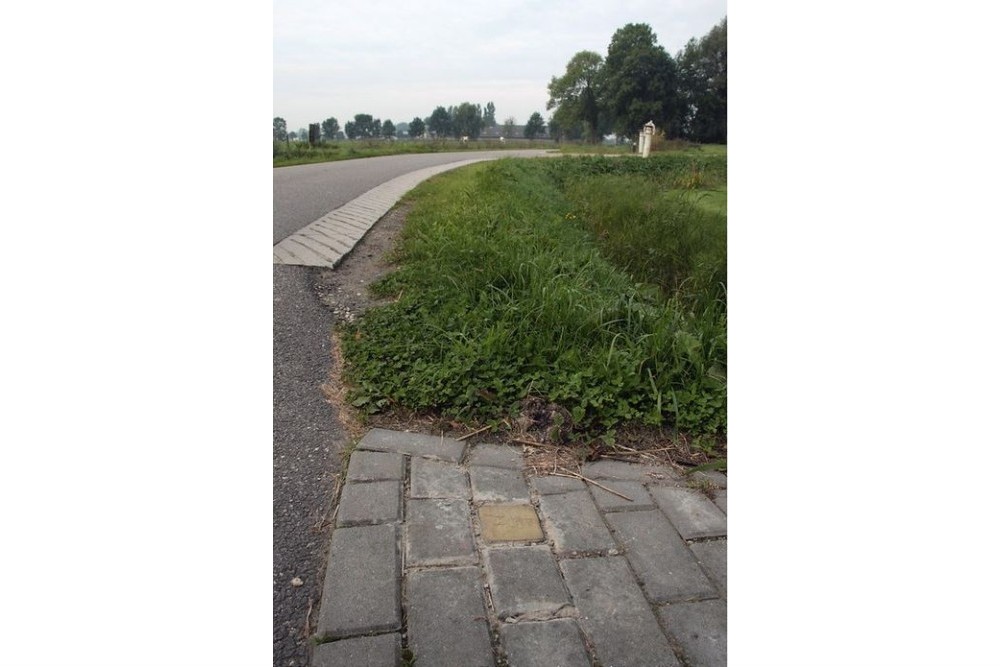 Martinus Schaaphok was born in Bedum to Harm Schaaphok and Alberdina Arwert. When a young man, he became engaged to be married to Gery Laan. He worked as a bakers assistant and a cook. For a while he was considered a worker in the food supply chain and exempt from being called up for a work assignment in Germany. When the exemption ended, he went into hiding rather than go to Germany. The Hoekstra family in Bedum hid him. On 19 August 1944, he was arrested for treason and taken to Camp Amersfoort. In September, he and other prisoners had to work digging anti-tank trenches while they stood in cold water. In October he was ill and admitted to Neuengamme, where he was murdered in January 1945 through exhaustion and malnutrition.