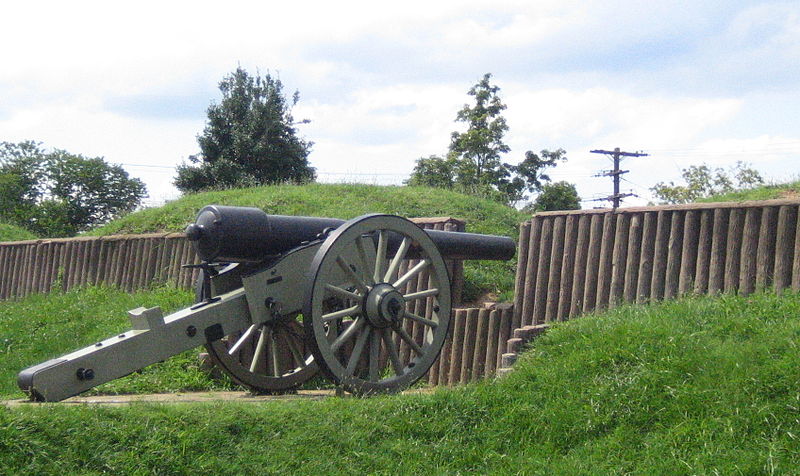 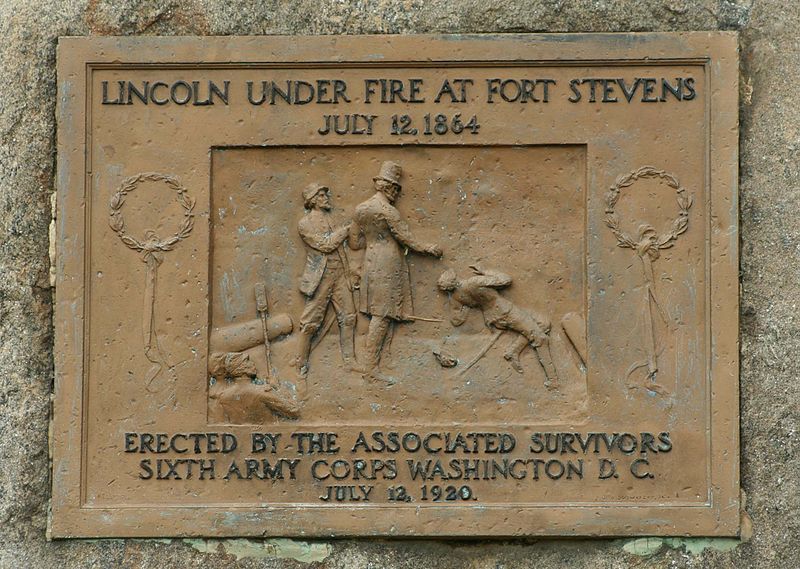 Fort Stevens, now partly reconstructed, was built fort he defense of Washington D.C.. The fort was named after Brigadier General Isaac Ingalls Stevens, who was killed at the Battle of Chantilly, on 1 September 1862.

The Battle of Fort Stevens, which took place on 11 and 12 July 1864, marked the defeat of General Jubal Anderson Early's Confederate campaign to launch an offensive action against the national capital. During the battle, 59 soldiers were killed on the Union side who defended the fort. There were approximately 500 casualties on the Confederate side.

During the battle, on 12 July, President Abraham Lincoln went out to Fort Stevens with his wife and other officers and stood on the parapet calmly watching the battle. The Battle of Fort Stevens thus marks the only battle in which a President was present and under enemy fire while in office.