Now It Can Be Told: Epic Story of the 'Orzel'

Here we have the first of what it is to be hoped will be a number of accounts of exciting and heroic incidents, the full story of which was not revealed for one reason or another at the time of their happening.

When General Sikorski, the Polish Premier, visited England in November, 1939, he conferred decorations on Lieutenant Grudzinski and all the members of the crew of the Polish submarine "Orzel". Following this public recognition the full story of a most remarkable feat of heroic seamanship was give to the world.

When Hitler's men marched into Poland at the beginning of September, the "Orzel" (which means Eagle) was trapped in port at Gdynia. But the 60 daring men on board declined to surrender their ship, and took her to sea in spite of an attack from the Nazi fleet.

The commander was sick and should have been in hospital. For four days he cruised, submerged in the Gulf of Danzig, watching through his periscope the aerial attacks sweeping over the Polish coast towns at ten-minute intervals.

He was sighted and bombed. A cordon of German submarine hunters was spread across the Gulf and the commander sought the wider waters of the Baltic.

For a week he searched for a sister submarine which had signalled for help. By now he was so ill that he had to be hauled up the conning tower on a rope's end, and on the thirteenth day he was so ill that his second in command decided to land him in a neutral country, and chose Estonia. They put into Tallinn on September 15.

The submarine was secured alongside by four wires to the jetty, by another to a destroyer and a sixth held his bow to an anchor in the harbour. The sick captain was landed, and the first lieutenant, Lt. Cdr. John Grudzinski, took command. One German merchant ship in the harbour was to leave shortly, so the Estonian authorities refused permission for the "Orzel" to proceed for another 24 hours.

At the end of this time officials arrived on board with the astonishing announcement that, as "Orzel" had exceeded the time allowed in a neutral port to belligerents by international law, the submarine was under arrest. They were asked for no parole, but the breech blocks of the guns were removed, all charts and small arms taken out of the ship, and preparations made to hoist out the torpedoes with a crane. Two guards were mounted, one in the control-room on board and the other on the jetty ashore.

By the time 15 torpedoes had been hoisted out the second in command had contrived, unseen by the guard, to file through the wire of the hoisting apparatus. It broke, leaving five torpedoes on board. In the meanwhile the captain was unobtrusively busy with a hacksaw cutting the wires, until only a few stands held them to the jetty.

The only aid to navigation left on board was a list of lighthouses and lightships in the Baltic. The second engineer, who had been promoted to navigator, got a piece of squared paper and contrived to plot their approximate positions on it, thus reconstructing a crude chart of the Baltic.

This could be done only in odd moments when the guard climbed on deck to smoke or talk to his confrère on the jetty.

At such moments the escape was planned. It was decided that when midnight came they would overpower the guards, break the strands of wire that secured the submarine and get away as quickly as they could. The chief difficulty was the gyroscopic compass, which has to be run for some hours before it is serviceable. To drown the hum of the gyro they increased the speed of the ventilating fans, complaining to the guard that they were being deprived of fresh air. Then they all turned in.

At midnight two burly members of the crew went on deck on the plea that they wanted a smoke. The guard ashore had been joined by a friend who stayed chatting with him. At intervals the Polish sailors returned to the upper deck. The Estonians had an overhead searchlight shinning down on the submarine and jetty. There was also a telephone within reach of the guard. At 2 a.m. the visitor left. The two Polish sailors offered the guard a cigarette, which he declined. To attract him nearer to the gangway they drew his attention to a peculiarity of their gun-mounting. This appeared to interest him and he approached the side of the jetty. The Poles immediately seized, gagged and bound him and bundled him into the submarine. At the same moment his confrère below was seized, and an officer ran ashore and cut the wires of the searchlight and telephone. The stranded wires that held them to the wharf were carried away. The sound of their capstan revealed their intentions, and destroyers switched on searchlights, and opened fire on them with rifles.

They made for the entrance, blinded by searchlights, with bullets spattering all round them. There was a general fusillade from every direction. They blew their tanks, went full speed astern, and slid off the rocks. Then they went ahead again, and this time succeeded in slipping through the entrance out into the night  and freedom.

The story goes on to describe how the men went on through the night, submerged, steering blindly, with no charts. At dawn they lay on the bottom. Next day they heard the hunters passing to and fro; and depth charges burst around till they lost count of the explosions. About 9 p.m. there was a lull and at midnight they rose cautiously. There was nothing in sight.

It must be remembered that their solo armament was five torpedoes. Their guns were out of action; they had no rifles or revolvers. The captain decided to cruise in the Baltic in search of German ships as long as his torpedoes lasted and then make for England.

Hunted and Harried for Three Weeks

He found a sanctuary and charged his batteries. He also ran ashore about five times on shoals and rocks, getting more and more damaged. By this time they were getting tired of their prisoners, who kept up a ceaseless lamentation and speculation on how their families were faring. They learned from the German wireless  which was the only news they had  that they were being denounced to the world as murderers of their guards.

Accordingly, one fine night, in a flat calm, they stopped off an island, launched their boat, but their two Estonian prisoners into it with money, cigarettes and a bottle of whisky and watched them row to the shore. Then these men who had lost their country and their families made a wireless signal to announce that the Estonians were safe so that their relations might have no further anxiety. This was the 22nd day.

For a fortnight they cruised in the Baltic. Every night they were hunted to prevent them from charging batteries; by day they cruised submerged, never knowing when they would strike a rock, or they lay on the bottom. By this time their water was running low and the cook had a scratch that was causing blood-poisoning. On the thirty-eight day they decided to try to reach England.

In spite of lack of charts, constant attacks by German destroyers, and further damage by grounding, they threaded the intricate channels of the exits from the Baltic and gained the North Sea. Once there every man's hand was against them; they were fair game for German and British alike, menaced from the air, by surface patrols, and by submarines; their wireless apparatus had been damaged by rifle fire. But the first lieutenant Piasecki could speak English.

On October 14 a faint message reached a British wireless station: "Supposed position from 0630 on appointed place for Polish Navy. Beg permission entrance and pilot. But have no chart.  'Orzel'".

A few hours later a British destroyer found them and led them triumphantly into harbour. They learned then that their sister submarine was also safe. They had only three requests: to land the sick cook, to replenish their water supplies, and to be given breech blocks for their guns. They were then prepared to go to sea forthwith on whatever patrol it pleased the British Navy to employ them. They were received with hearty cheers when they joined the British fleet.

Now It Can Be Told: Ark Royal & Graf Spee

As a previous page under this heading indicated (Vol. 1, p. 511) this section is reserved for stories of historic incidents of which new and fuller details become available at later dates. Here are im

The Winged Lion Soars Over Heligoland

As if to show that the Nazi air raids on Scotland were but amateurish efforts, the R.A.F. delivered a full-scale attack on Heligoland, one of the most strongly fortified places to be found anywhere on 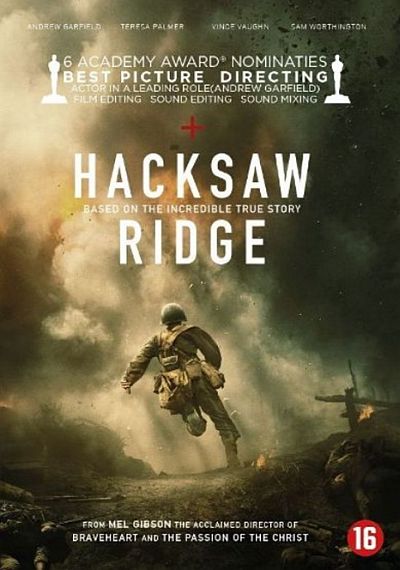