Finnish insistence on fighting to the last ditch for the benefit of Germany must inevitably affect the naval situation in the Baltic. Already the enemy, in accordance with the pact made by Ribbentrop with the Finnish Government, has been obliged to send some of his scanty reserve of troops to the aid of the Finns. These forces were landed at Helsinki (the Finnish capital) and at Turku. The former port is situated on the Gulf of Finland near its narrowest point. Approach to the harbour is guarded by the fortress of Sveaborg, which was bombarded by the British fleet during the war of 1854-56; in those days, of course, Finland was an appanage of Russia, as it looks like becoming again before long.

Turku, formerly known as Abo, is about 100 miles farther west, outside the gulf. At a shipbuilding yard there submarines were built to German designs during 1929-33, when U-boat construction was still prohibited in Germany by the Treaty of Versailles. In this way our enemies carried out useful experimental work, which enabled them to resume submarine construction in good time for the present war without infringing the letter of the Treaty. At the same time, the Finnish Navy was enabled to acquire a number of submarines for next to nothing.

Transports bringing the German troops to these two places were escorted by the heavy cruisers Admiral Hipper and Prinz Eugen, a "pocket battleship" (either the Lützow or Admiral Scheer), and three destroyers. These constitute the backbone of the German Navy, for its only two genuine battleships, the 45,000-ton Tirpitz and 26,000-ton Gneisenau, are completely disabled, and incapable of proceeding to sea. In addition to the duties just accomplished, these ships will have to undertake the task of convoying to Ulu (formerly known as Uleaborg), the Finnish port near the head of the Gulf of Bothnia, reinforcements and supplies for the German army which occupies Northern Finland. Until his death in a flying accident recently, this army was under the command of General Dietl.

It may be assumed that the Soviet armies will continue their advance along both the northern and southern shores of the Gulf of Finland, supported by the ships of the Baltic Fleet. These comprise two old battleships of over 23,000 tons, three or four cruisers, and a number of destroyers and smaller craft. Sooner or later these movements will have the effect of exposing German sea lines of communication with Northern Finland to attack by Soviet submarines, motor-torpedo-boats and aircraft, which have already done serous damage to German coastal traffic along the Estonian coast.

Russian and German Naval Strengths in the Baltic

To strengthen their position the Germans are believed to contemplate the occupation of the Aaland Islands. From their position at the entrance to the Gulf of Bothnia, flanking the approaches to the Gulf of Finland to the south-eastward, and to Stockholm south-westward, these islands have always been a key-point in Baltic warfare. In past centuries they have belonged sometimes to Russia and sometimes to Sweden, but since 1919 they have been Finnish. A naval action was fought there between Russian and Swedish squadrons in 1790; and in 1854 the island stronghold of Bomarsund was reduced by a British squadron under Captain W. H. Hall, as a preliminary operation of the Baltic campaign.

Since the strength of the Russian Navy in the Baltic is no more than equal to that of the German, it has been suggested in the Soviet press that reinforcements may be sent through the Stalin Ship Canal by the Allies. This canal connects Soroka, on the White Sea, with Leningrad, and its whole course has now been freed by the defeat of the Finnish forces in that region. These do not appear to have done any important damage to the locks. Much of the course of the canal follows natural features, making use of the river Svir and Lakes Ladoga, Onega and Vyg as part of the route. Depth of water is sufficient to take the largest destroyers, or even light cruisers.

In the English Channel naval interference by the enemy with the sea communications of the Allies grows steadily weaker, while the occupation of Cherbourg affords the Allies the inestimable advantage of a fine protected harbour through which men and materials can be poured into Normandy at a much more rapid rate. In almost every encounter the Germans have lost a unit or two, either destroyers, motor-torpedo-boats or minesweepers, so that their forces must now be seriously depleted. Air raids on Havre and Boulogne have inflicted further losses.

There has been little mention of U-boats in this connexion, though before the invasion the German public were told that these were being reserved for this especial purpose. Now it is argued by the enemy that submarines are at too great a disadvantage in the narrow and shallow waters of the Channel.

According to later reports from Admiral Nimitz, Commander-in-Chief of the U.S. Pacific Fleet, the defeat inflicted on the Japanese off the Mariana Islands was more severe than at first believed, although the ships of the opposing fleets never sighted each other. It is evident that the Japanese attached considerable importance to the retention of the island of Saipan, in the Marianas, which is capable of being used as a base for attacks on Japan. With the exception of Guam, captured from the Americans in December 1941, it is the most populous and highly cultivated island of the group. That the Japanese garrison was a strong one may be judged from the fact that United States Marines and Army formations struggling for its possession lost, between June 15 and 28, no fewer than 9,752 officers and men in killed, wounded and missing. What this means will be realized when it is added that the total U.S. casualties in Normandy from June 6 to June 20, including hard fighting with a German division which was carrying out an anti-invasion exercise at the point where American troops landed were not more than 24,162.

Though certain of the details have still to be filled in, enough is now known of the Allies invasion of Normandy to make it plain that it is the greatest as well as the most successful combined oper

The end of June found the Germans in by far the most serious strategical situation they had yet to face. The fall of Cherbourg meant the definite establishment of a western front, and the rapid collap 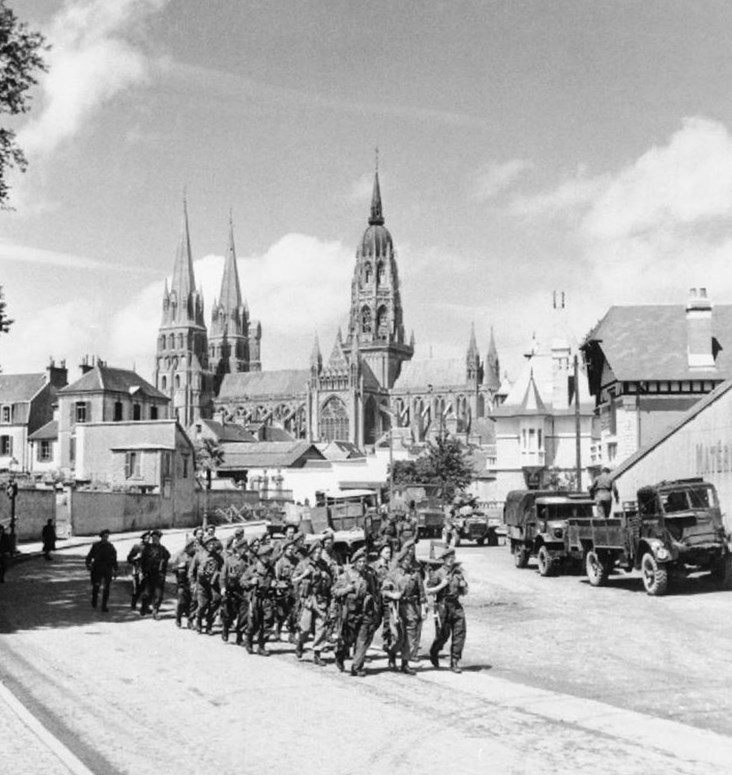 Stalwarts of our 2nd Army marching triumphantly through the cobbled streets of ancient Bayeux on June 8, 1944, were warmly welcomed. The German occupiers had been killed or ejected or taken prisoner 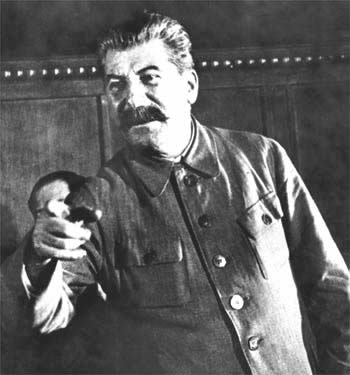