Kliment Yefremovich Voroshilov was born February 4th, 1881 in Verhneye in what is now the Ukraine. His father was a railway employee and Kliment went to work himself in a coal mine at the age of 7. When he was 16 years old, he joined a revolutionary movement which had as its goal to overthrow the Czarist regime, just like all other revolutionary movements of the time.

Three years later, Kliment established a revolutionary movement of his own together with workers of the metal factory where he was employed. In 1903 he was admitted to the Social Democratic Workers Party and he became its representative for three years in the delegation that attended the congress in Estocolm. There he met Lenin with whom he started working closely together in order to get the revolution off the ground. In 1907 he was arrested by Czarist security forces for his rebellious activities and banished to Siberia.

Voroshilov was released in 1914 and he returned to western Russia. After the outbreak of World War One Lenin ordered him to take charge of a partisan unit which committed raids and sabotage actions against the German occupier. When civil war broke out in Russia, after the revolution he and Joseph V. Stalin (Bio Stalin) were involved in the successful defense of Tsaritsyn (the later Stalingrad/Volgograd) by the Red Army against the Whites. Thereafter, Voroshilov was admitted to the War Council and the first Politburo of the Soviet Union.

Voroshilov became one of Stalins favorites which resulted in his promotion to general and moreover, he was admitted to the Central Committee of the Communist Party. In addition he was commander of various military districts such as Kharkov, the Northern Caucasus and Moscow. After the demise of the famous commander Frunze he succeeded him as chairman of the Defense Council of the Soviet Union.

Voroshilov was given ever higher positions and after Lenins death Stalin appointed him Peoples Commissioner for Military and Naval Affairs in 1925. He held this post until 1934 when Stalin named him Peoples Commissioner for Defense. Voroshilov had been given the task to cleanse the military top of Stalins alleged political opponents. With these cleansings, Stalin wanted to gain absolute power over the Soviet armed forces. During this process, 16,000 army officers were either killed or sent to penal camps in Siberia. Voroshilov gained the questionable honor of being the first person to be named Marshall of the Soviet Union by Stalin in 1935.

After a second cleansing in 1938, organized by Voroshilov and Lavrenty P. Beria (Bio Beria) of the N.K.V.D., Voroshilov was the negotiator with Great Britain and France in the summer of 1939. They discussed support for Poland in case of a German invasion.

In December 1939, Voroshilov was Commander-in-Chief of the Soviet forces during the Winter War against Finland where the Soviet army suffered defeat after defeat due to a severe shortage of capable officers. As a result of his failure,, Stalin replaced him with Marshall Semyon K. Timoshenko (Bio Timoshenko). Subsequently, Voroshilov was appointed deputy Prime Minister of the Soviet Union.

After the German invasion, Stalin established a State Defense Committee (G.K.O.) which was in fact a war cabinet and Voroshilov became a member as well. Voroshilov, Vyacheslav M. Molotov (Bio Molotov), Beria and Malenkov were ordered to see to the defense of Leningrad against Heeresgruppe Nord. Stalin was forced to replace Voroshilov by Georgy K. Zhukov (Bio Zhukov) and eliminate Voroshilov as field commander. Later in the war, Voroshilov had more success as representative of the Soviet Union facing the representatives of the Allied armed forces in Europe at the war conferences of Teheran and Yalta. His greatest talents lay in the political and diplomatic sphere. In this he clearly fared much better than in giving military directions. He also negotiated a Finnish armistice and he was involved in Sovietizing Hungary after the war. He returned to Moscow in 1947 and became vice-Prime Minister under Stalin.

Following Stalins death Voroshilov was stripped of all his functions in 1960 by the leader of the Soviet Union Nikita Chrushev as a result of the deStalinization.

Read more about the decorations of this person on WW2Awards.com

Heeresgruppe
The largest German ground formation and was directly subordinate to the OKH. Mainly consisting of a number of Armeen with few directly subordinate other units. A Heeresgruppe operated in a large area and could number several 100,000 men.
invasion
Armed incursion.
mine
An object filled with explosives, equipped with detonator which is activated by either remote control or by colliding with the targeted object. Mines are intended to destroy of damage vehicles, aircrafts or vessels, or to injure, kill or otherwise putting staff out of action. It is also possible to deny enemy access of a specific area by laying mines.
Red Army
Army of the Soviet Union.
revolution
Usually sudden and violent reversal of existing (political) the political set-up and situations.
Soviet Union
Soviet Russia, alternative name for the USSR. 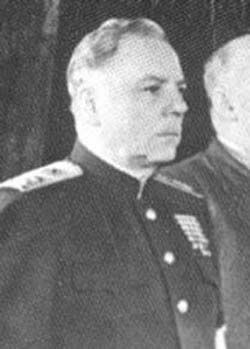 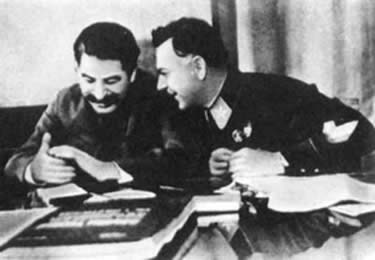 Translated by:
Arnold Palthe
Article by:
Tom Notten
Published on:
23-03-2017
Feedback?
Send it!