The Order was instituted August 1st, 1924 and was the first Sovjet Order. It first appeared in 1918 as the Order of the Red Banner of the Russian Federation and received its present name after the formation of the Union of Socialist Republics in 1922. It may be awarded to anyone, whether military or civilian or to any military unit of the USSR for conspicious bravery, self-sacrifice in war time or some action that contributed greatly to the success of the Red Army, Navy or Air Force and can be awarded more than once. The four fleets of the Soviet Navy, the Northern, Black Sea, Baltic and Pacific Fleets and the Caspian Sea Flotilla have each been awarded this Order for their service during the Great Patriotic War, 1941 to 1945.
The badge is a laurel wreath with the Red flag, bearing the words 'Proletarii vsekh stran soedinyaites'(Workers of all countries unite) in Cyrillic draped over its upper part. Within the wreath, on a white background, an image of a hammer and plow. In the centre of the wreath a red star with in its centre an image of a hammer and sickle. Below it, on a red riband the initials C.C.C.P. (Russian for USSR).

There have been different types. The types can be identified by the way they were attached. Type 1 and Type 2 were screwback versions and Type 3 and higher are suspended from a five-sided hanger. These variants can again be identified by the way the mint mark has been engraved on the back. Type 1 bears no mint mark, only a number. Type 2 bears a mint mark and a number. Types 3 and 4 can be determined because the mint mark on Type 3 has been placed in one line and on Type 4 in two. Most World War Two decorations were of Type 2 and Type 3. 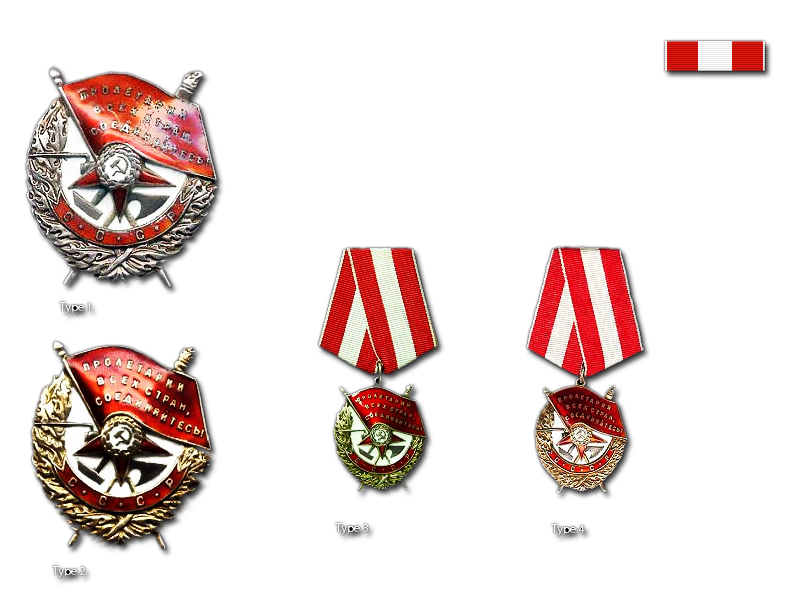