The Order was instituted on June 29th, 1942. It can be awarded to commanders of divisions, brigades, regiments, platoons and companies for personal and skillfull command in action.
The badge, type 1 is an oblong, five-pointed star with silver rays between the points. The points themselves are coloured red. Between the two upper points are two axes.
In the center, surrounded by a wreath of laurels is a portrait of Prince General Alexander Nevsky wearing a helmet. His name appears in Cyrillic on the elongated sides of the oblong. At the bottom is an image of a hammer and sickle on a shield of arms.
The badge is suspended from a rectangular hanger with a circular disc on the back. The ribbon is pale blue with a central red stripe.
This type comes in three versions, the diffence being the number of rivets and the absence of a stick pin in the 3rd version.
Type 2 differs from the previous in that it has a screwback and is constructed of three elements whereas type 3 is constructed of only two. The portrait on this type has a mirror image. 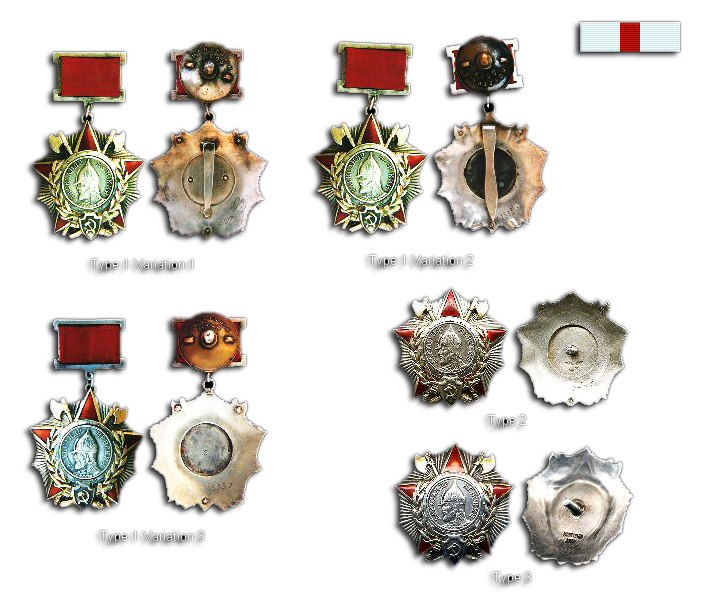