The Order of the Patriotic War 1st Class has three types. Type 1 has a rectangular suspension with a red ribbon and was produced from May 1942 until June 1943. This type consists of four parts. On the reverse of the suspension a screw is attached, but to avoid the order from swinging from side to side the first two variations also have a stick-pin soldered on the back of the rayed star. Type 2 was produced as of June 1943 and doesnt have a suspension but a screwback. De gouden ster is nu met drie verbindingen aan de schroef aan de achterkant vastgemaakt. Type 3 was produced from 1984 until 1991. This type consists of two parts, has a gold-plated sickle and hammer, a gold plated rayed star and a raised mint mark. 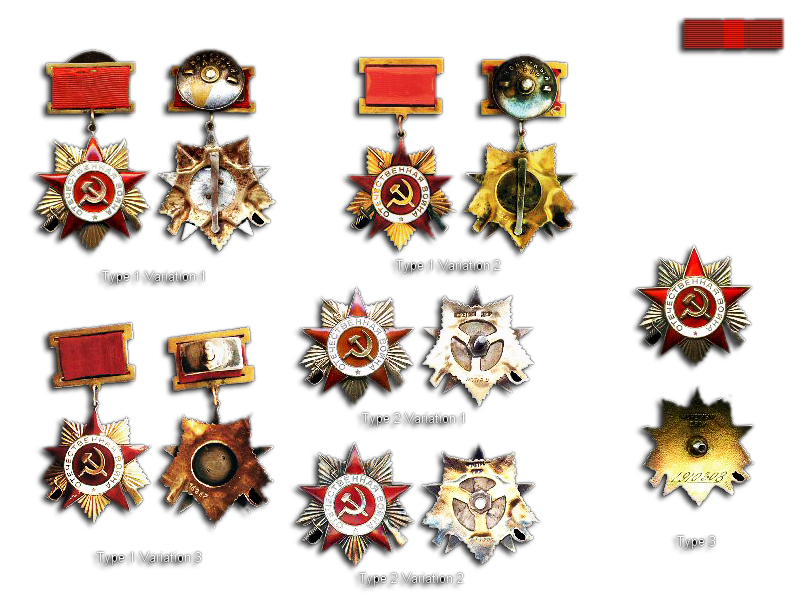