Awarded to corps, division and brigade commanders as well as to members of their Staff for the succesfull execution of military operations, inflicting severe casualties on the enemy without sacrificing the battle worthiness of their own troops.
The badge consists of a pentagonal star made of silver with radiating beams of silver between the points. The disc in the center is of white enamel surrounded by a wreath of laurel and oak, at the bottom a red banner is woven into the wreath. On the disc is an image in gilt relief of Michael Kutuzov with a Kremlin tower in the background, the tower ending in a red star. The image is flanked by the inscription Michael Kutuzov, in Cyrillic on a white band bordered in silver.

Two types are known. The early 1st Type hung on a small suspension. The 2nd Type soon replaced the 1st Type and has a screwback. The 2nd Type has versions where the parts are connected with three or five rivets. 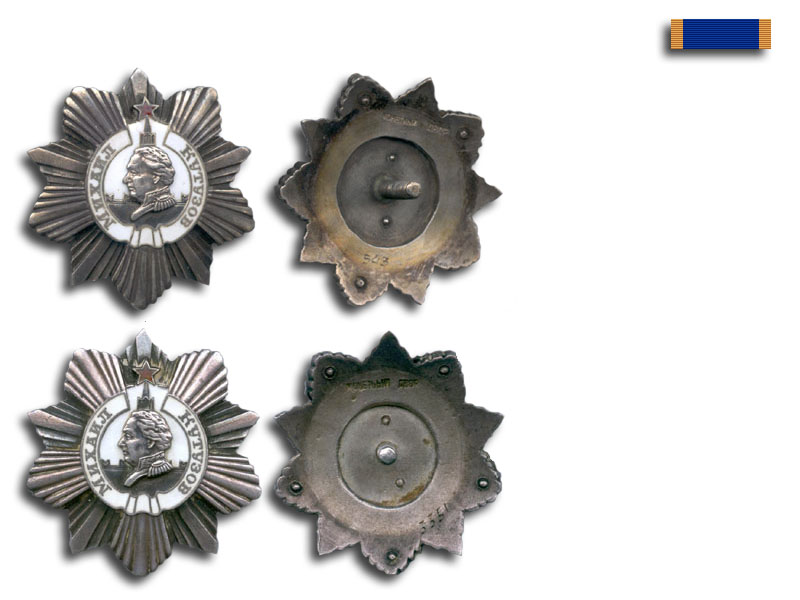