The American Presidential Medal of Freedom is considered to be the civilian equivalent of the Congressional Medal of Honor. It was instituted to honour civilians who made a specially meritious contribution to the security or national interests of the United States, the world peace, cultural or other significant public or private endeavours.
It was instituted in 1945 by President Truman to honour those civilians that contributed to the US efforts in World War Two. It was revived by President Kennedy in 1963, who extended its purposes. It is being awarded annually, on or near July 4th, or on special days chosen by the President. It can be awarded to individuals, more then once, alive or posthumously. 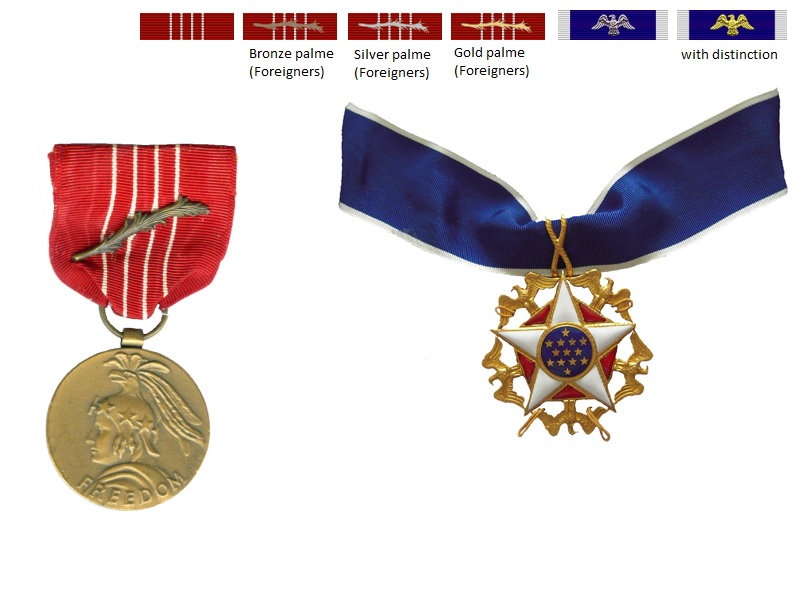