The Order was established November 8th, 1943, and can be awarded to soldiers up to and including non-commissioned officers of the Red Army and up to junior lieutenants of the Red Airforce for "glorious deeds" while on active service. The Order has three classes; which class is to be awarded depends on the action involved.
The badge is in the shape of a pentagonal star with in its center a circle with an image, in relief, of the Kremlin with the Spassky tower ending in a red star. The image is surrounded at the upper half of the ring by two sprays of laurel and by a red riband on the bottom half with the inscription, in Cyrillic: Slavi (Glory). On the reverse is a plain circle with the characters CCCP stamped in the middle.The ribbon is orange moiré with three black stripes, as in the old Czarist Order of St. George.
For further details, see each class 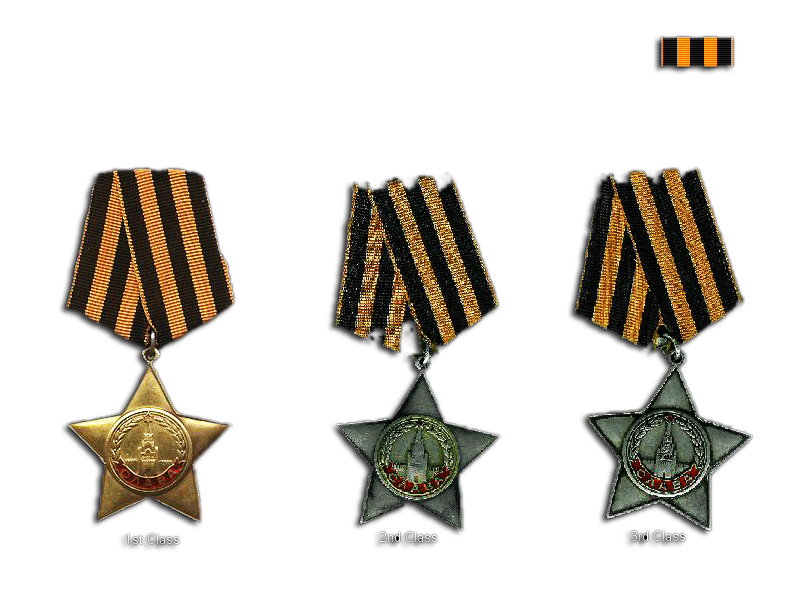