The Albert Medal for Lifesaving was awarded to recognize the saving of life on sea and land.

The medal was first instituted by a Royal Warrant on 7 March 1866 and discontinued in 1971. It was named in memory of Prince Albert and originally was awarded to recognize saving life at sea.
In 1877, the medal was extended to cover saving life on land and from this point there are two medals with different inscriptions to depict which they were awarded for. The Albert Medal in gold was abolished in 1949, being replaced by the George Cross, and the second class of Albert Medal (in bronze) was only awarded posthumously. In 1971, the Albert Medal was discontinued and all living recipients were invited to exchange the award for the George Cross. 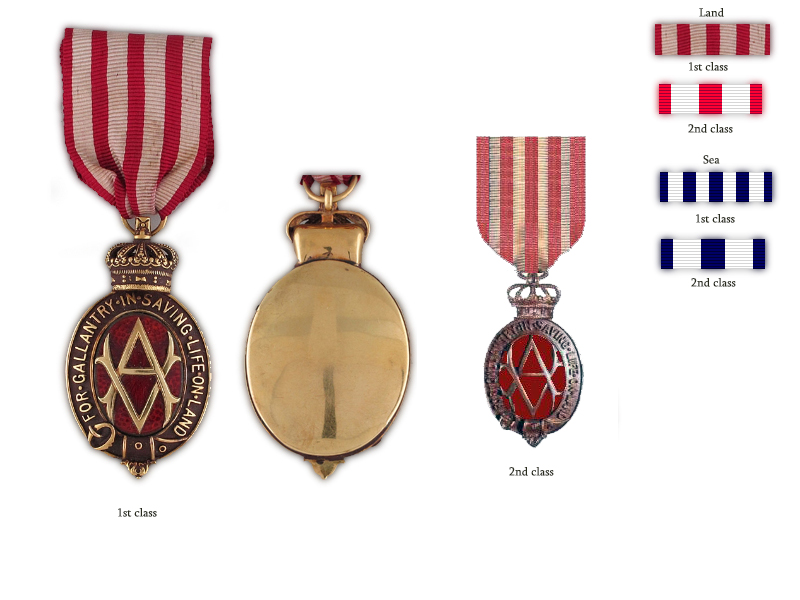