The Ottoman War Medal also known as the Gallipoli Star, or the Iron Crescent is a military decoration of the Ottoman Empire. It was instituted on March 1st, 1915 by Sultan Mehmed Reshad V and to be awarded for gallantry in battle.
The decoration was awarded during and after World War I to Ottoman and other Central Powers troops. 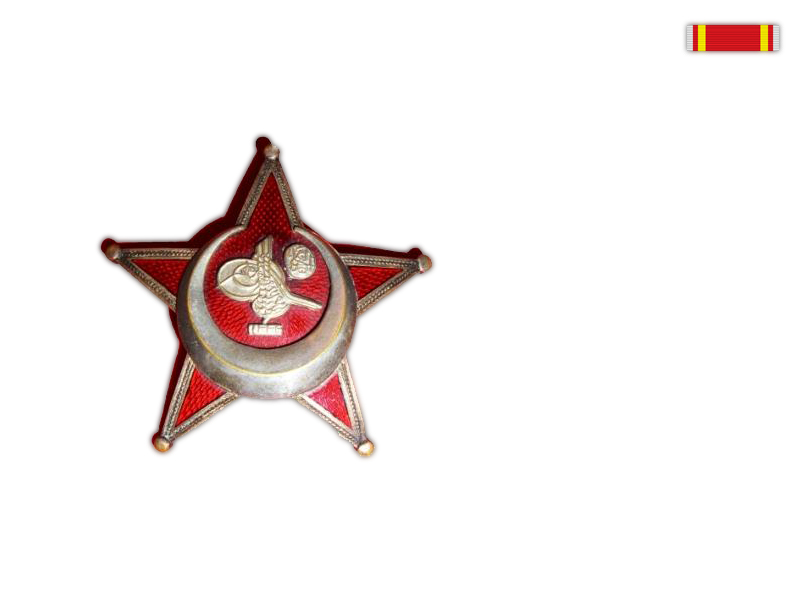