The Haitian Campaign Medal was issued to decorate US Navy and Marine Corps servicemen who served during the Haitian Peacekeeping actions between 1915 and 1920. The decoration was issued twice, the first time in 1917 and a second time in 1922. 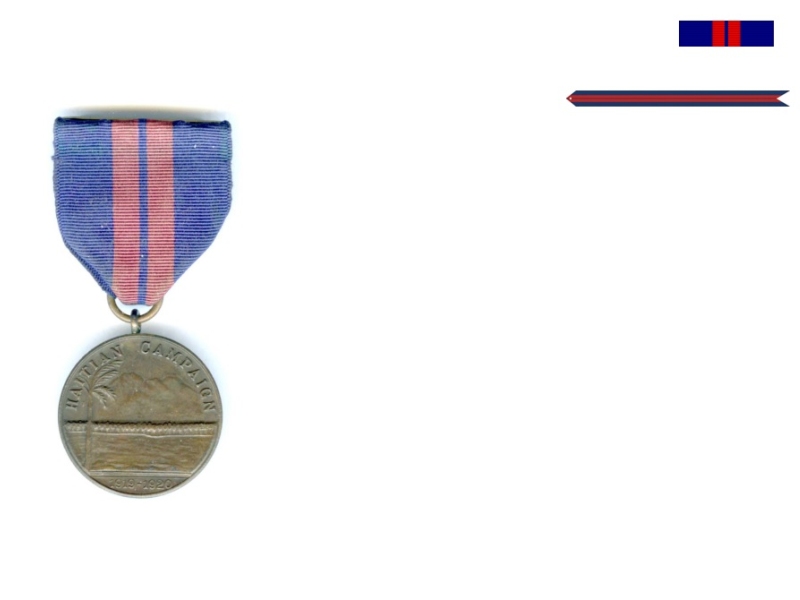