The Ordre de la Francisque Gallique was the highest decoration that was instituted in Vichy-France. Its institution date was 26th May 1941.

The decoration is formed in the shape of the historical war axe as used by ancient French and German tribes, but received two blades in stead of the historical single blade. The handle is blue enamelled with ten golden stars, the two blades bear the French tricolour. The decoration measures 25,5 mm high and 19,4 mm wide.
It was worn on the left side on the pocket flap of the chest pocket of a military or civilian jacket.

The decoration could be awarded to persons who had participated in actions before the war which were in accordance with the principles of the National Revolution, to persons who had an active service to the person of the French Marshal since the outbreak of war and to those who performed brilliant deeds of military or civil service.

The archives with names of the recipients was lost during the war. Based on different archives, in 1945 the French Supreme Court published a list with 2626 names of recipients, including three women. 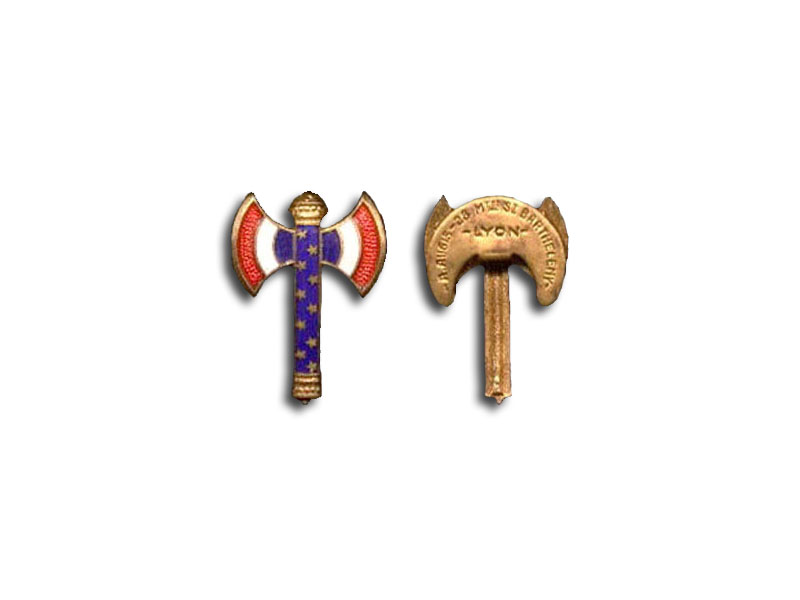