The saber of honour is one of the highest Dutch awards for bravery. Only the Knights of the Military Willems-Order are eligible for this. The King or Queen awards a decorated saber to an officer, who wears this striking weapon with his uniform.

Commander in chief General Eisenhower was also awarded with an honorary saber after the Second World War. He was not a Knight in the Military Willems-Order.

The saber was always a beautifully decorated version of the usual coat of arms and hilt; the scabbard and blade were decorated and engraved. In particular, cheap materials such as "Berlin silver", horn and gold-plated copper were used. The 1859 version, the naval version and the honorary sword of 1895 were slightly more luxurious.

Over the years there have been different versions of the Eresabel.

The saber of honour shown in the photo was awarded to G.F.W.Borel. 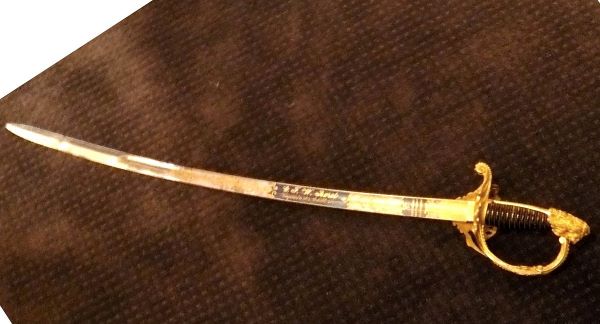