The Order was instituted by King William I in 1815 and is the highest military Order in the Netherlands. It is awarded to military personnel of all ranks and services as well as to civilians for 'most conspicious acts of bravery, leadership and extreme devotion to duty in the presence of the enemy'. The badge is an eight-pointed Maltese cross of white enamel, each point being tipped by a golden pearl. On the arms, the words 'Voor moed, beleid en trouw' (For Courage, Conduct and Loyalty). The cross rests on a saltire of laurels. The reverse shows a medaillion of blue enamel with the letter 'W' on it and a laurel wreath.
The badge is suspended from the Royal Crown with a ring on top through which the ribbon passes. The ribbon is yellow with two broad stripes of purple. The Knight Fourth Class is the lowest class of the Order; the recipient wears a badge in silver and enamel. 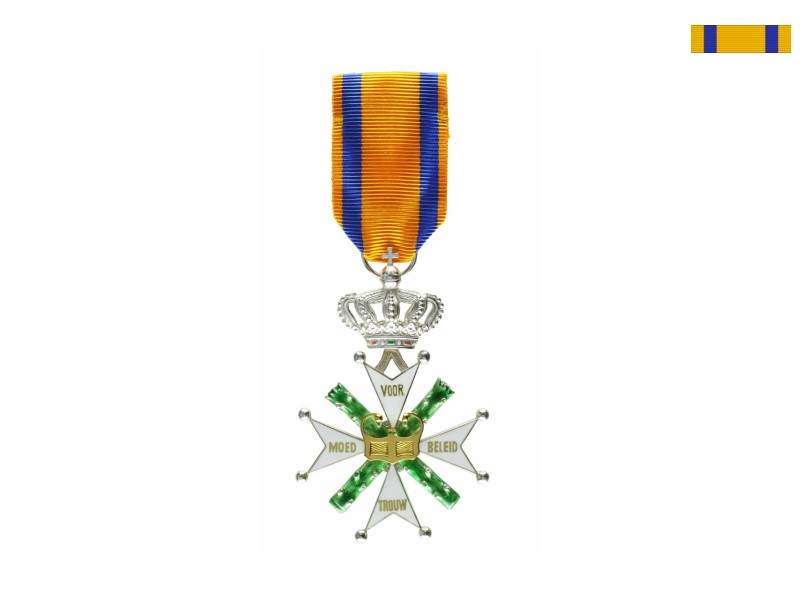