This decoration was instituted March 3rd, 1944 and can be awarded to marines, soldiers, petty and warrant officers of the Soviet Navy and navy divisions of Front troops for personal courage during maritine operations and the defence of land and sea borders of the Soviet Union. The decoration, named after Admiral F.F. Ushakov, can be awarded more than once. The badge consists of the anchor and central disc of the Order of Ushakov and is suspended by a V-shaped chain from a pale blue ribbon with dark blue stripes on its outer edge and white stripes on its inner edge. Some 16.000 nmedals have been issued. 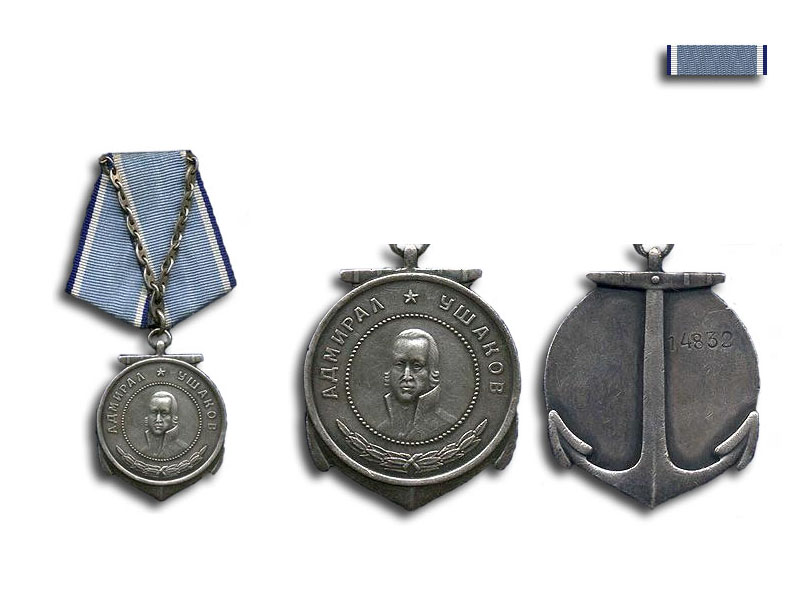