U.S. Military can only obtain the Legion of Merit without any degree. For the bestowing of the Legion of Merit upon members of foreign military forces or governments, a number of degrees were issued. The highest degree is that of Chief Commander, which is specially for a Chief of State or a Head of Government.
The decoration is in the form of a breast pin. The medal is formed by a domed five-pointed white star bordered with crimson and the points reversed with v-shaped extremities and tipped with a gold ball. The star lays on a wreath of green laurel joined at the bottom by a gold rosette. In the center, a blue disk, encircled by gold clouds, with 13 white stars arranged in the pattern that appears on the United States Coat of Arms. Between each point, within the wreath are crossed arrows pointing outwards. The overall width is 2 15/16 inches (75 mm). On the revers, in the centre the words "UNITED STATES OF AMERICA" are engraved.
A miniature of the decoration in gold on a horizontal gold bar is worn on the service ribbon. 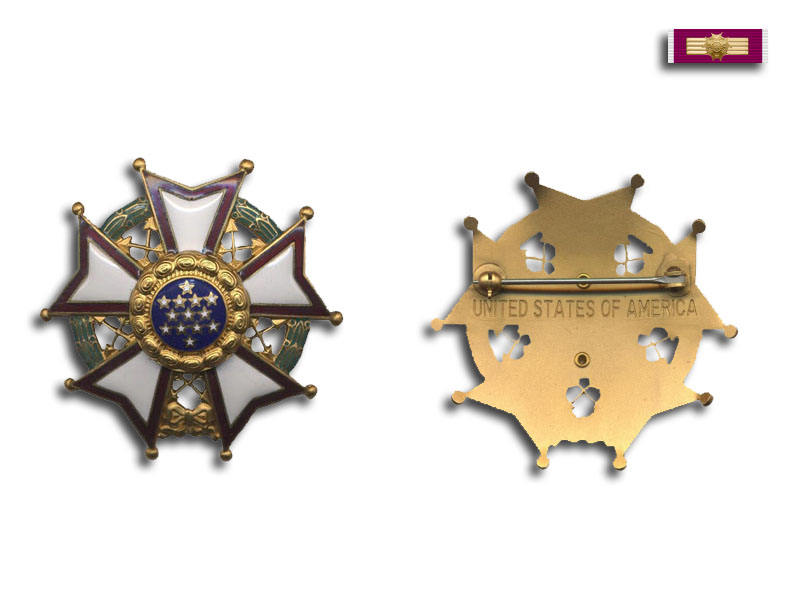