For courage and determination in sinking two Italian supply ships.

For courage and skill in successful submarine patrols in HMS Turbulent.

Citation:
"From the outbreak of War until H.M.S. Turbulents last patrol Commander Linton was constantly in command of submarines, and during that time inflicted great damage on the Enemy. He sank one Cruiser, one Destroyer, one U-boat, twenty-eight Supply Ships, some 100,000 tons in all, and destroyed three trains by gun-fire. In his last year he spent two hundred and fifty-four days at sea, submerged for nearly half the time, and his ship was hunted thirteen times and had two hundred and fifty depth charges, aimed at her.
His many and brilliant successes were due to his constant activity and skill, and the daring which never failed him when there was an Enemy to be attacked.
On one occasion, for instance, in H.M.S. Turbulent, he sighted a convoy of two Merchantmen and two Destroyers in mist and moonlight. He worked round ahead of the convoy and dived to attack it as it passed through the moons rays. On bringing his sights to bear he found himself right ahead of a Destroyer. Yet he held his course till the Destroyer was almost on top of him, and, when his sights came on the convoy, he fired. His great courage and determination were rewarded. He sank one Merchantman and one Destroyer outright, and set the other Merchantman on fire so that she blew up."

Killed 23 March 1943 in the vicinity of the harbour of Maddelina, Italy.
Commander Lintons body was never recovered, but his name is mentioned at The Portsmouth Naval Memorial in Hampshire, Great Britain. 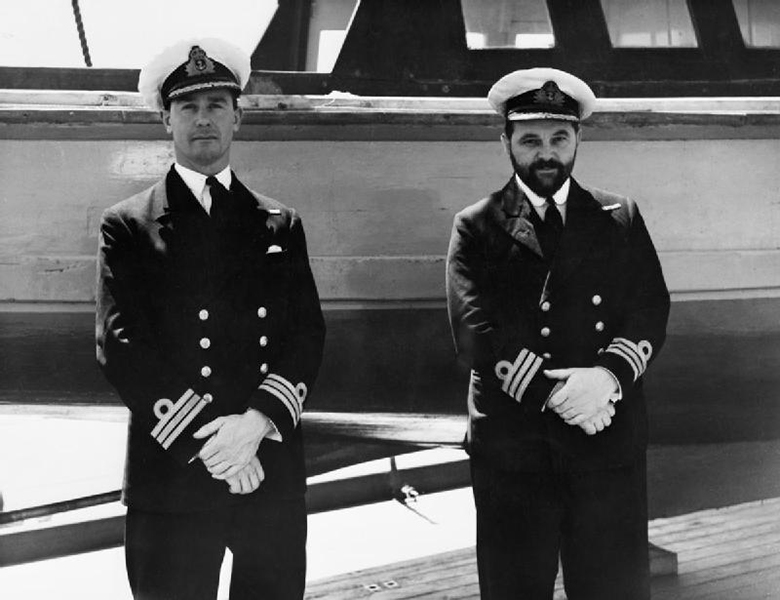