Generalleutnant Von Vietinghoff gen. Scheel became commanding officer of the 5.Pz.Div. in Poland on November 24th 1939. He was appointed as Commander of the XIII Armee Korps on October 26th 1940. The corps was in Western Europe as a part of the 16.Armee. It was to be in one of the first waves of attack for the Operation "Seelöwe" (The Invasion of Great-Britain). From November 1940 until June 10th 1942, he was General der Panzertruppe as commander of the XXXXVI Panzer Korps, that was send to the Eastern Front on June 22nd 1941. From September 1st till December 1st 1942 he commanded the 9.Armee in Russia. He went back to the west and became Commander in Chief of the 15.Armee from December 1st 1942 until August 15th 1943, after which he went to Italy to become Commander of the 10.Armee on October 26th 1943.
Bestween October 26th 1944 and January 15th 1945 he replaced Generalfeldmarschall Albert Kesselring, who was wounded after a car accident. With that he became Commander in Chief of the whole South-Western front. After this Generaloberst Von Vietinghoff gen. Scheel was commander of Heeresgruppe Kurland between January 29th 1945 and March 9th 1945. From March 10th 1945 until May 2nd 1945 he was once again in Italy, as commander of Heeresgruppe C. He was captured by the Allies on May 23rd 1945 in Bozen, Italy.

Awarded for his role as a corps commander in the swift creation of a large bridgehead south of the Canal des Ardennes. Following the completion of 16-ton bridges on the first day the passage of 3 Panzer/motorized divisions was enabled and by extension the operationally decisive breakthrough over the French Aisne positions.
85th Award.

Vietinghoff's award justification for the Oakleaves reads as follows...

"Generaloberst von Vietinghoff, commander-in-chief of an army on the southern Italian front, directed the withdrawal movements of his forces in southern Italy and their multiple defensive battles against successive Allied offensive operations. The army's successful defense of its positions for six months against overwhelming Allied superiority in land, naval and air forces can be largely credited to the leadership of the commander-in-chief."
456th Award. 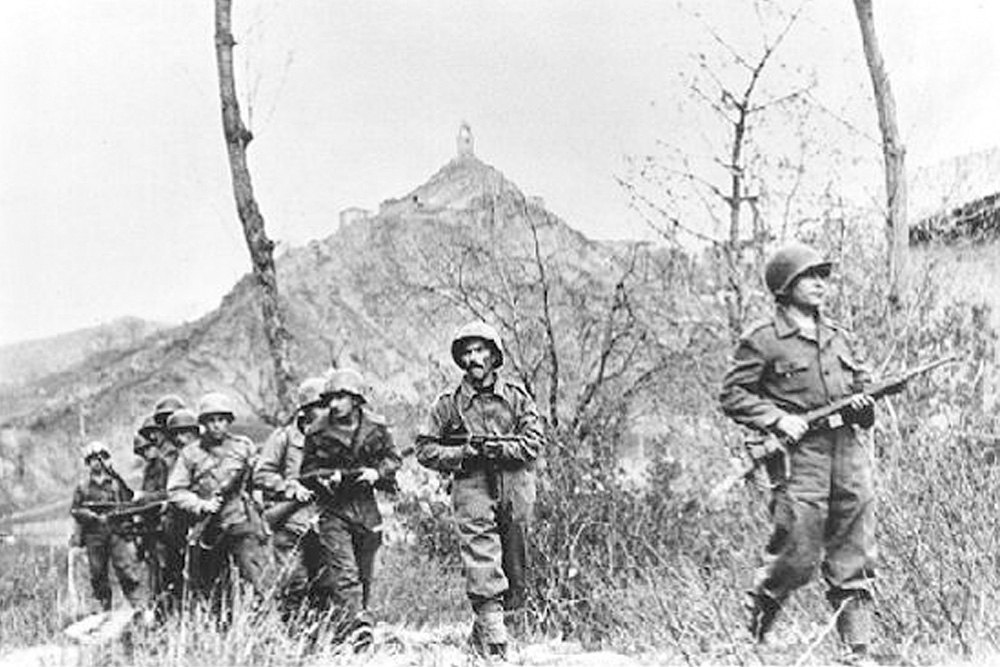