Adolf Wilhelm Abel was killed on August 26th, 1944 after having placed an explosive device on a Soviet verhicle.

Major Abel and his Bataillon have repulsed all the enemys overwhelming attacks over the course of 14 days of brutal defensive combat. In the process they inflicted heavy losses on the foe.

On the 02.09.1943, during the course of the combat around Goluboff, a 2 km wide gap developed on the boundary with the left neighbour. The Russians infiltrated through this gap and into the rear of our lines with about 200-300 men. Clearly recognizing the situation for what it was, Major Abel made the independent decision to close this gap via offensive action. Though he only had 70 men in his sector he nonetheless managed to round up a strike group from this total. Leading at the head of this force, he managed to eject the enemy, inflict bloody losses and capture a number of prisoners.

He prevented a breakthrough of the only weakly held divisional frontline through this combination of bold behaviour, energetic decisiveness and high qualities of leadership. In the process of this engagement he became wounded for the 6th time, however he stayed in the fight and retained command of his Bataillon. 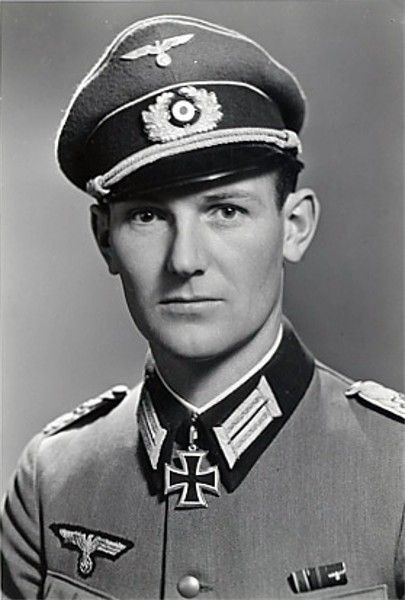