Awarded for his battalion's defense of Sokolow (near Zhitomir) in the period 11-14.07.1941. This village was successfully held against a total of 36 Soviet attacks from elements of three divisions. The Soviet attempts to break through towards the south were thus stymied, and Wisch's troops were relieved on the 17th.

The "Leibstandarte SS Adolf Hitler" Panzer Division, led by SS-Oberführers Wisch, particularly distinguished themselves by showing exemplary fighting spirit in the defensive battles in the vicinity of Shitomir. 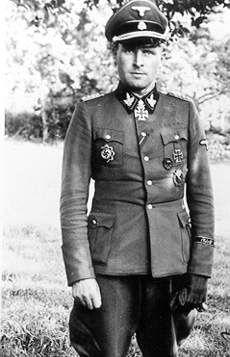