Raus commanded a lead Bataillon during the early days of Barbarossa that had the aim of quickly breaking through the Soviet defensive line on the Luga river. In a daring thrust on the 13-14.07.1941, Raus and his Bataillon were able to seize two undamaged bridges over the Pljussa at Ljday and over the Luga itself at Porietsche, thereafter creating a bridgehead. In capturing these bridges over a wide part of the river, Raus and his troops created a springboard from which the Korps was able to renew its drive towards Leningrad and outflank the heavily defended Soviet positions behind the Luga. Raus would receive the Knights Cross for this act of great operational significance.

Awarded for his leadership of the XI. Armee-Korps during August 1943, in the fighting around Belgorod. In this time he was able to conduct a solid defense with his Korps and prevent an enemy breakthrough through his lines. 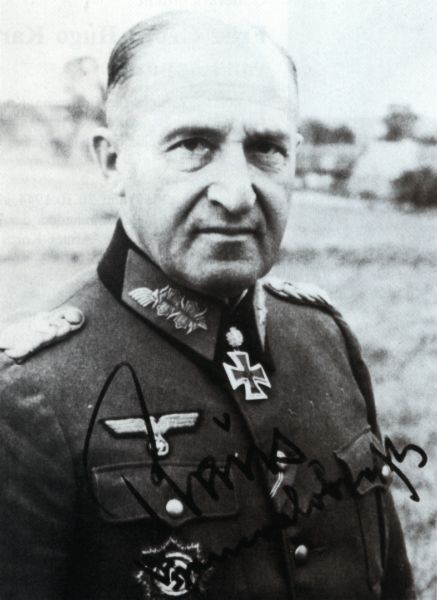