During the attack of the 21. Panzer-Division against the Via Balbia (linking Gazala and Tobruk), Oberleutnant Rocholl was the leader of a reinforced Panzer-Abteilung. On this day he identified a strong English strongpoint, reinforced with artillery and heavy Flak, located on Hill 201 (west of Acroma). From here the English could inflict heavy flanking fire on the advancing German forces and threaten the execution of the planned attack.

In response Rocholl immediately redirected his forces to capture this position, which they succeeded in doing after a hard fight. Through this it was possible for the Division to block the Via Balbia road and thus complete the encirclement of the Gazala line. For his actions Oberleutnant Rocholl would receive the Knights Cross.

The following newspaper excerpt describes why Rocholl received the Oakleaves

In August 1943 Hauptmann Rocholl and his Grenadier-Bataillon were locked in bitter defensive combat along the Donez. The fighting was particularly fierce around a commanding hill position. The actions of the brave young Bataillon commander here were crucial for the holding of these positions, which in turn prevented the Bolsheviks intended breakthrough in this sector. However the commander himself was fatally wounded in this time. His heroic courage has now finally received the highest recognition through the awarding of the Oakleaves to the Knights Cross.

Rocholl met his end on the 23.08.1943, when he was shot twice in the chest and fatally wounded while leading a counterattack. 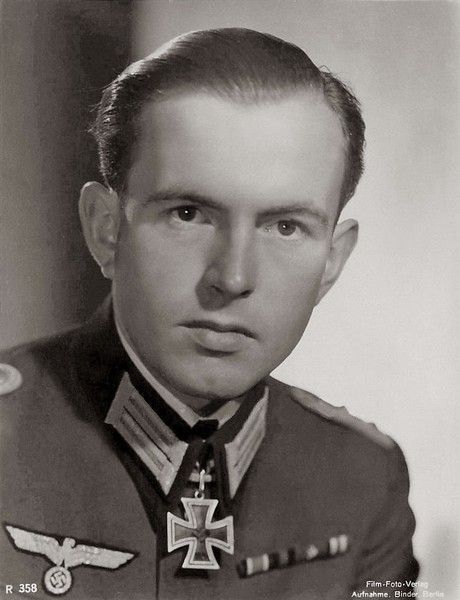