During the siege of Sevastopol Hauptmann Schille participated in the attack on the heavily defended Northern Fort. On the night of the 20.-21.06.1942 he lead assault teams from the northeast against the fort, and with concentrated charges was able knock out the defenders of the 3 meter deep fortified entrenchments along the embankment. With this it was possible to enter the fort itself. Using flamethrowers and explosives, Schille and his troops fought to clear out the Soviet defenders from their positions over a three hour long battle, eventually clearing the Fort completely. In doing so Schille made a major contribution towards the fall of the city, and for this was decorated with the Knights Cross.

Awarded for the following actions in the summer of 1944

1) During the heavy fighting SE of Polozk following the start of Operation Bagration, on the 25.06.1944, the Fusilier-Bataillon 24 was ordered to clean up a Soviet penetration in the sector of the left neighbour. After the fall of its commander the attack stalled. At this point Major Schille joined the battle with his 3./Pionier-Bataillon 24, and with the help of two Sturmgeschütze he was able to revitalize the pinned Fusiliers, seal off the penetration and defeat all further Soviet attacks in this sector.

2) On the 18.07.1944 the Division took up a new defensive line between the Sivera and Dagda lakes. In the evening hours of the next day the Soviets attacked this new line with strong forces and created a deep penetration. The Pionier-Bataillon 24 was immediately dispatched to the area and managed to seal it off. Later, during a reconnaissance for a further counterattack, Major Schille infiltrated into an Soviet tank assembly area along with just his Adjutant and an ordnance officer. Here they knocked out three Soviet tanks with Panzerfausts. When the Soviets began their renewed assault in the morning, Schilles Bataillon staff was hit and Schille himself was badly wounded. As those around him prepared to evacuate him, Schille perceived that his absence would cause his troops to fail in their defense. Leaving his stretcher, Schille went to the frontline once again and stormed forward with his men with a loud Hurra. The line was successfully held. 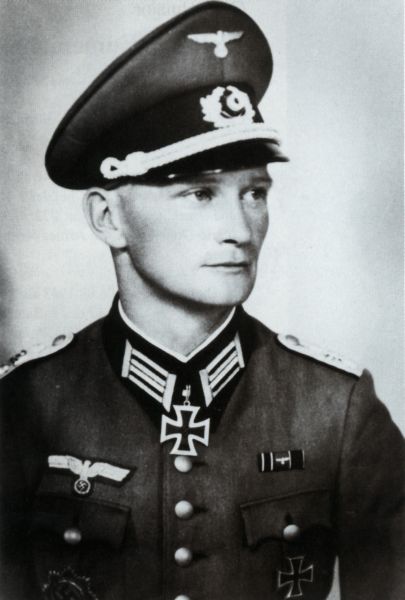