On the evening of 26.12.1944, at 1830, Weißflog was in position in the woods one kilometre north of Verdenne. He was ordered to take the last 9 Panther tanks of his regiment to spearhead the breakout of the Panzergrenadier-Regiment 60 towards friendly lines. Their first obstacle was the fortified village of Marenne. They managed to crash through the village in a swift advance and exit to the other side without friendly losses. However they were halted here by AT gun fire and were ordered to bypass the enemy by moving through the woods south of Menil. This would mean they'd have to advance 1.5km parallel to the American lines.

Despite hostile enemy fire they managed to reach Menil, but here the two lead Panthers were knocked out. This left the Kampfgruppe in a very exposed position, being surrounded on all sides by the enemy. At this moment Weißflog ordered his remaining tanks to advance towards the enemy positions on their right. Though the area was mined they managed to bull through and crushed six American AT guns.

At this moment three US tanks appeared on the left, however Weißflog and his crew were able to knock them out. With this the way open was clear, and the Kampfgruppe managed to reach the safety of the woods while taking all their wounded with them.

Weißflog, who was wounded for the eleventh time during this attack, thus held the lion's share of the Kampfgruppe's salvation. Not only this but he had brought his total of destroyed tanks to 47. He was thus subsequently decorated with the Knight's Cross. 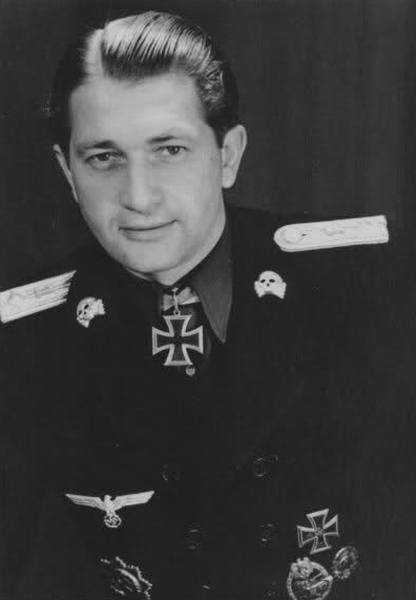