The success of the Korps swift thrust from the Beresina to the Dnieper is largely on account of Oberst Ritter von Hauenschild, who formed the attack spearhead with his Panzer-Brigade. Even after the successful crossing of the Dnieper his initiative brought about the swift seizure of several bridges and attack corridors that were of great importance for the further advance of the Korps. Of particular significance for the continued fighting was his operational breakthrough through the Desna-Uscha position near Yelnya on the 19.07.1941. This bridgehead has proven to be of ever increasing importance, as the recent heavy fighting here has demonstrated.

Awarded for his leadership of the 24. Panzer-Division during the German Case Blue offensive. The Division had a major part to play in the German offensive victories near Voronezh, during the battle in the Don bend and in the drive towards Stalingrad. 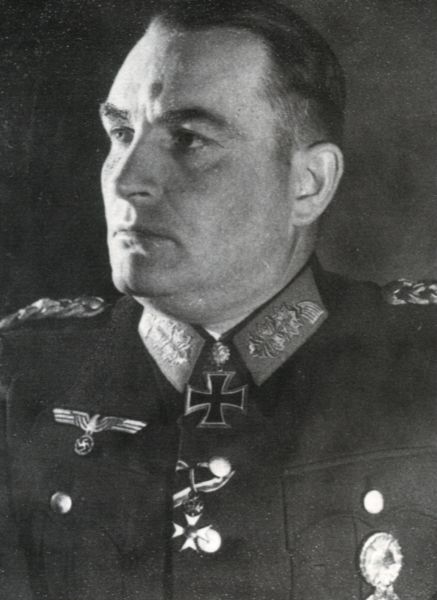