August Lambert was shot down on 17th April 1945 over Kamens. At that moment he was Staffelkapitän 8. / Schlachtgeschwader 77 with the rank of Oberleutnant.

Lambert was officially credited with shooting down 116 enemy aircraft, all claimed on the Eastern Front. He also claimed over 100 vehicles destroyed in ground attacks. After his death, Lambert had been nominated for the Oak Leaves to his Knight's Cross, but this request was not approved.

Published in the Ehrenliste der Luftwaffe on 17th January 1944.

Awarded after achieving 90 aerial victories, as well as the destruction of much enemy ground materiel, over the course of approximately 300 sorties. 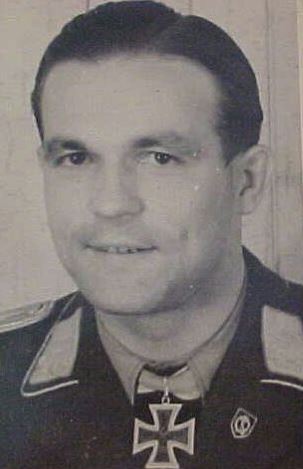