Pierre Louis baron dAulnis de Bourouill was born in Delft in 1918. In 1938 het went to the university in Leiden, but was drafter in the DUtch Army at the beginning of the Second World War. He was mobilized with the Anti Aircraft units and placed near the Hague. After the fightings were over he went back to study in Leiden, but was soon involved in resistence work. After a short period het fleed to England and was placed with the Prinses Irene Brigade as 2ns Lieutenant.

British approval of 24 May 1946. Decorated on 8 July, 1948 by the British Ambassador Sir Phillip Nicholls in de Prinsenhof in The Hague.

"Has distinguishes himself by committing particularly brave and policy-full actions in the fight with the enemy. After he landed on June 10, 1943 as an organizer parachutist and marconist he was able to do his job by improve and extend the reports from the occupied Netherlands to England, by means of organising new courier lines." 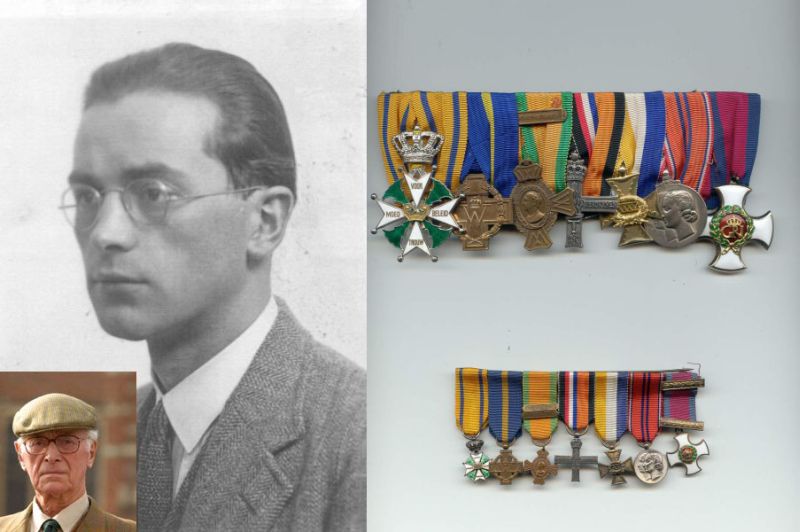