Ernst Alex was discharged from active duty after losing both his legs, shortly before the end of World War Two..

Oberwachtmeister Ernst Alex was awarded the Knights Cross on the 01.08.1841. Oberwachtmeister Alex destroyed a total of 10 enemy tanks with his Sturmgeschütz during the tank battle at Jaworow on the 26.06.1941 and during a nocturnal attack on the night of the 27./28.06.1941. These swift and determined actions established the appropriate conditions for a rapid advance on Lemberg by his Division [1. Gebirgs-Division]. During this continued forward advance he encountered a Soviet armoured train at the Kopysynac railway station. He opened fire on it from very close range and successfully destroyed its heavy 15-cm gun. Pursuing the enemy closely, his greatest achievement came on the 23.07.1941. Fighting at the head of his Division, he secured the crossing over the Bug river at Brazlaf on this day. In the process he became badly wounded.

Alex was awarded the Knights Cross for these achievements as well as for reaching a personal total of 27 tanks destroyed. 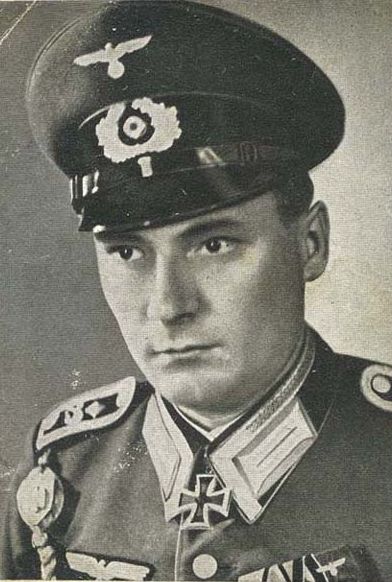