Günther Amelung was killed on 29th March 1944 near Oborova in Croatia. At this time he was Chef 1. / Aufklärungs-Abteilung 55. He was posthumously promoted to Rittmeister der Reserve.

Amelung was commander of a German bicycle Schwadron in early 1943. In early January of that year the Soviets succeeded in breaking through south of Lake Ilmen with tanks and infantry, threatening to cut an important supply road. Amelung was ordered to plug the gap in the German lines with his Schwadron. The going was tough, and Amelungs unit was unable to recapture the old positions due to defensive fire from Soviet tanks. Eventually they were able to bring a Pak gun forward, which knocked out 6 Soviet tanks. Amelung was then able to retake two old resistance nests which sealed off the penetration and thus cut off the Soviet troops that had broken through on the previous day. The Soviets were quick to realize the gravity of the situation and Amelungs Schwadron was counterattacked five times over the course of three days and nights. But, in no small part due to Amelungs leadership, all attacks were repelled. Amelungs outstanding leadership, along with the decisive results of the battle, resulted in a swift reception of the Knights Cross. 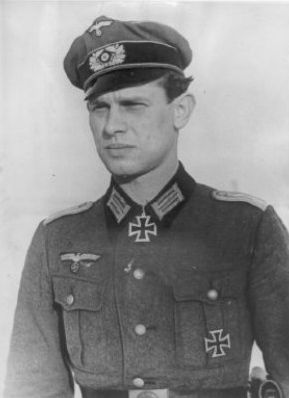