On the 23.07.1944 the remnants of the 292. Infanterie-Division became encircled near the village of Radziwillowka (about 50 km northwest of Brest-Litovsk), and it requested relief from the Korps. The 3. Kavallerie-Brigade was assigned for this task, however since it was itself involved in heavy defensive combat it was only able to dispatch a small Kampfgruppe that included 3 Sturmgeschützen commanded by Leutnant Bose.

During the march to the area one Sturmgeschütz threw a track, and so only 2 were left to support the cavalrymen in their relief effort. Radziwillowka was captured in a short yet fierce battle on the 28.07.1944, and in the process 11 T-34/85 tanks were destroyed (including 4 by Bose himself). With this the 292. Infanterie-Division was relieved, and it was thereafter possible to create a new defensive front.

Bose had shown great tactical initiative during this battle, going against the planning of the 292. Infanterie-Divisions Ia in order to achieve success. This deed was also of great importance for the whole 2. Armee as it prevented a breakthrough by strong enemy forces into its flank. For this, as well as reaching a personal total of 19 enemy tanks destroyed, Bose was awarded the Knights Cross.

He would end the war with a final total of 44 enemy tanks destroyed. 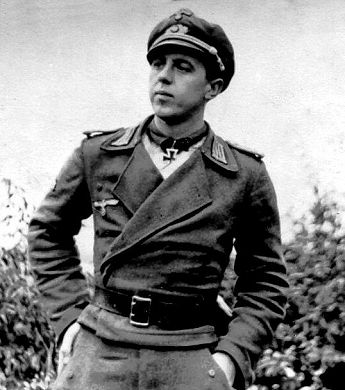