At the start of December 1941 Hauptmann Fitz launched a counterattack against Soviet forces that had broken through north of Vyazma along the Shisdra river. In this counterattack he and his men recaptured 8 fortified villages. Hauptmann Fitz not only retook the old frontline but also advanced far beyond his attack objective on his own initiative, which resulted in significant Soviet elements being cut off. His Bataillon alone captured over 200 prisoners, several guns as well as numerous infantry weapons and ammunition. Fitz was heavily wounded during this battle, but would be recognized for his success with the award of the Knights Cross.

Awarded for his outstanding achievements near AnzioNettuno. During this time Fitz would be captured by the Allies and transported in a US tank. However Fitz managed to both break his way out to freedom and destroy the tank that was taking him away. 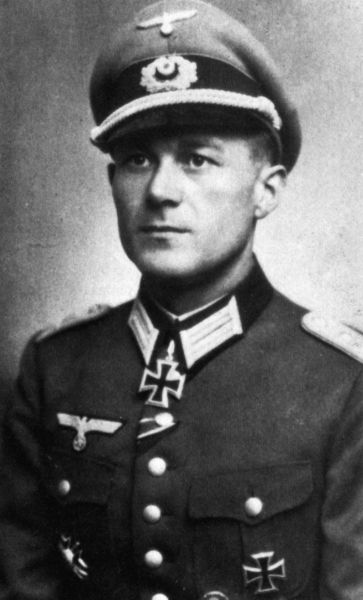