Citation:
"For extraordinary heroism in connection with military operations against an armed enemy while serving as Commanding Officer, U.S.S. TRITON (SS-201), in action near Wewak, New Guinea, on 26 January 1943. When an enemy convoy, under escort was proceeding toward Wewak, New Guinea, apparently with the intention of landing supplies and reinforcing the enemy defenses in that area, Lieutenant Commander Kirkpatrick, commanding the U.S.S. TRITON, attacked the convoy. During this action, he sank one hostile cargo vessel and damaged and probably sank another, contributing notably to the success of operations in New Guinea."

Citation:
"For extraordinary heroism in the line of his profession as Commanding Officer of the U.S.S. Triton (SS-201), on the Third War Patrol of that submarine during the period 13 April 1942 through 14 June 1942, in close proximity to enemy controlled shores. In the face of heavy enemy opposition, Triton delivered a deliberately planned and decisively executed attack with the result that one enemy Japanese submarine of 1,635 tons, and six enemy merchant ships totaling 22,593 tons were sunk. Lieutenant Commander Kirkpatrick so skillfully maneuvered his vessel as to escape enemy depth charges on three separate occasions and completed his patrol mission without injury to his own personnel or damage to material."

Citation:
"For extraordinary heroism in the line of his profession as Commanding Officer of the U.S.S. Triton (SS-201), on the Fourth War Patrol of that submarine during the period 25 June 1942 to 7 September 1942, in enemy controlled waters of Southwest Pacific. Despite severe weather conditions, Lieutenant Commander Kirkpatrick pressed home every favorable opportunity for attack against the enemy and by expert maneuvering and daring skill enabled the Triton and her gallant crew to sink one enemy destroyer of 1,368 tons and one destroyer leader of 1,700 tons. Lieutenant Commander Kirkpatrick's fine seamanship and indomitable fighting spirit were in keeping with the highest traditions of the United States Naval Service."

Second Navy Cross received as a Golden Star to be worn on the ribbon of the first.

Citation:
"For extraordinary heroism and outstanding courage in the line of his profession as Commanding Officer of the U.S.S. Triton (SS-201), on the Fifth War Patrol of that submarine during the period 16 December 1942 to 26 January 1943, in enemy controlled waters of the Pacific War Area. Availing himself of every favorable attack opportunity, Lieutenant Commander Kirkpatrick boldly struck at the enemy, sinking one medium freighter-tanker and two medium cargo vessels, a total of 17,340 tons, damaging and probably sinking another medium cargo vessel of 4,000 tons and damaging a large tanker of 10,200 tons. Utilizing the TRITON as a radio station during an operation on 23 December 1942, he assisted in the aerial bombardment of Wake Island by casting a radio beam to direct the attack. The superb seamanship and skill evidenced by Lieutenant Commander Kirkpatrick during this period are a continuation of his illustrious combat record, sustaining and enhancing the finest traditions of the United States Naval Service."

Third Navy Cross received as a second Golden Star, to be worn on the ribbon of the first.

Citation:
"For conspicuous gallantry and intrepidity as Commanding Officer of the U.S.S. Shea (DM-3), in action against enemy Japanese forces in the vicinity of Okinawa, on 4 May 1945. When large numbers of enemy planes were detected approaching from the North while his ship was on hazardous radar picket duty in advance of our main forces, Commander Kirkpatrick coolly carried out evasive maneuvers while directing his gun batteries and friendly fighter planes in driving off the attackers. Taking immediate steps to save his ship after she was struck by a "Baka" bomb which caused severe casualties to personnel and started large fires, he heroically directed fire-fighting and damage control operations and, by inspiring his men to exert every effort, succeeded in extinguishing three dangerous fires and in restoring his listing ship to an even keel. His courageous leadership and devotion to duty was in keeping with the highest traditions of the United States Naval Service."

Citation:
"For exceptionally meritorious conduct in the performance of outstanding services to the Government of the United States as Commanding Officer of the U.S.S. SHEA (DM-30) at Okinawa Gunto, from 23 March 1945 to 15 May 1945. By his initiative, perseverance, and outstanding ability, he kept his ship operating safely for extended periods of time, until finally hit by an enemy suicide bomb. These operations were conducted in dangerously mined waters. During this period his ship performed hazardous picket duty, protected mine sweeping operations, destroyed enemy mines, was subjected to numerous attacks by enemy planes including suicide planes, and effectively performed anti-submarine patrols, possibly damaging one submarine. His outstanding service and conduct throughout were in keeping with the highest traditions of the United States Naval Service. "
(Commander Kirkpatrick is authorized to wear the Combat "V".)

Citation:
"For exceptionally meritorious and distinguished service in a position of great responsibility to the Government of the United States, as Superintendent of the United States Naval Academy, from 14 August 1962 to 11 January 1964. Exercising marked leadership, keen foresight, and a high degree of administrative skill, Rear Admiral Kirkpatrick was eminently successful in carrying out his exacting responsibilities through this period. By his own personal example, he served to inspire, motivate, and bring out the best in the midshipmen, resulting in the retention of a greater number of students for naval careers. During his tenure as Superintendent of the Naval Academy, he was responsible for major changes in the curriculum which provide for greater freedom of course selection to avoid duplication of education and training and to meet the needs of gifted students with special interests. One of his special projects, the Trident Scholar Program, provides incentives and opportunities for talented students to enter various fields of scientific research, thereby improving their capabilities as future naval officers in these specialized fields. In addition to his splendid efforts in the academic field, Rear Admiral Kirkpatrick was instrumental in converting the Moreell Commission Plan, a long-range master plan for the future development of Academy facilities, into on e which was acceptable to the Departments of Navy and Defense. His sound judgment, vision, and enthusiastic devotion to duty reflect great credit upon himself and the United States Naval Service." 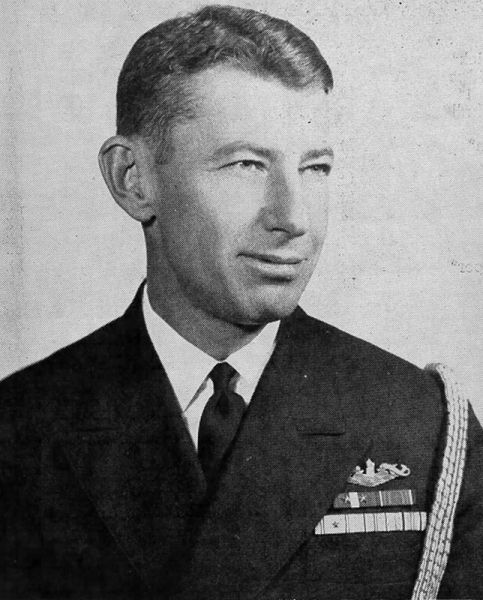 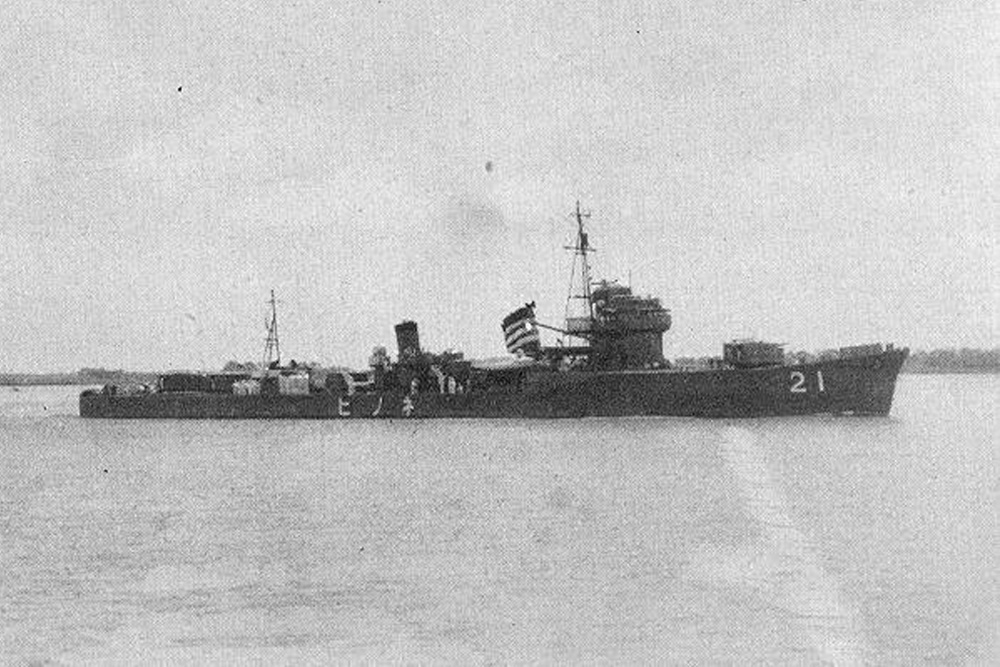 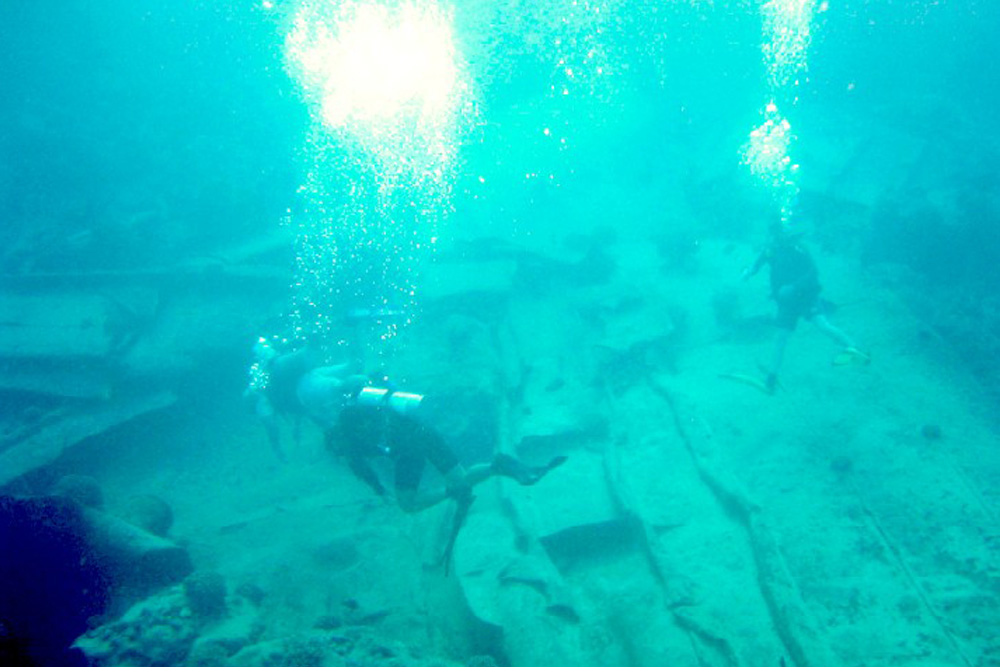