Aanbeveling:
He has distinguished himself in combat by performing eminent deeds of courage, tact and loyalty in the following manner. On September 18, 1944 he took part in the airborne invasion of the Netherlands as co-pilot of a C-47 transport aircraft. Lieutenmant Fulmer's airplane, carrying a full complement of paratroopers as well as high explosives, was severely damaged by German AA fire, making the pilot lose consciousness and setting the plane on fire. Taking over control, he steadfastedly remained at his post, meanwhile the paras and crew jumped to safety. Despite severe burns on his face, neck and arms he succeeded in landing the plane in a heroic attempt to save the life of the unconscious pilot. Lt Fulmer displayed extraordinary heroism, disregarding his own safety.
Royal decree no.26

"For extraordinary heroism in connection with military operations against an armed enemy while serving as Co-Pilot of a C-47 transport aircraft of the 43d Troop Carrier Squadron, 315th Troop Carrier Group, 9th Air Force, during an air mission against enemy forces over Holland on 18 September 1944.
On that date, Lieutenant Fulmer was serving as Co-Pilot of a C-47 transport carrying a full complement of paratroopers as well as high explosives. The plane was badly damaged by enemy fire and the pilot rendered unconscious. Taking over the controls, Lieutenant Fulmer remained at his post until the paratroopers jumped to safety. Despite severe burns on his face, neck, back and arms, he managed to land the aircraft in an heroic effort to save the unconscious pilot's life. Upon landing, the plane burst into uncontrollable flames and Lieutenant Fulmer was able to escape through a side window.
Second Lieutenant Fulmer's unquestionable valor in aerial combat is in keeping with the highest traditions of the military service and reflects great credit upon himself and the United States Army Air Forces."
General Orders No. 21 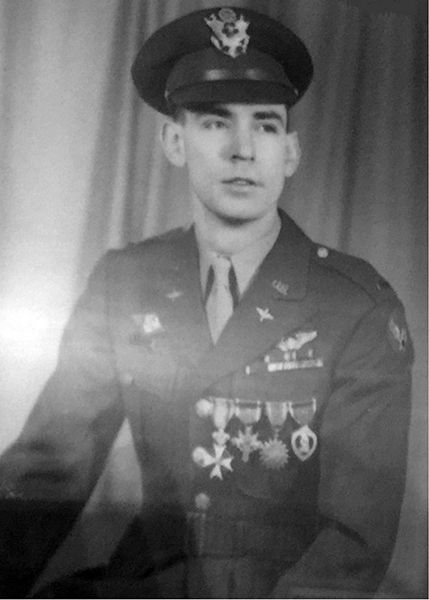